In Libya, high council of state urges adoption of constitution 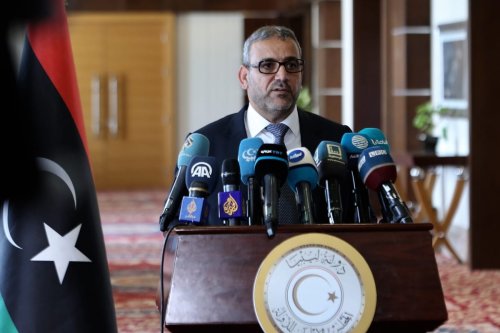 President of the High Council of State of Libya, Khalid Al-Mishri (photo credit: Hazem Turkia / Anadolu Agency)
The constitution should be adopted as soon as possible in order for elections to be held peacefully and for Libya to attain stability, Libya's High Council Chairperson Khalid al-Mishri and Ankara’s Ambassador to Tripoli Kenan Yılmaz stated. [...] The committee responsible for preparing the draft of the new constitution in Libya in May demanded that the draft constitution be put to a referendum before the elections. [...] Libya's presidential elections were scheduled to take place on Dec. 24 as part of a U.N. road map, but the country's election commission proposed a one-month delay, citing inadequacies in electoral legislation and appeals related to candidates' eligibility.
Read the full article here: Daily Sabah