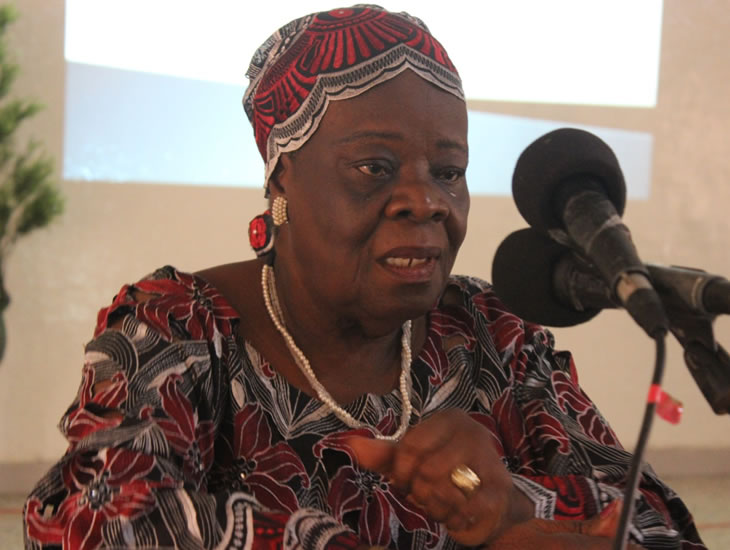 The Head of the Independent National Commission on Human Rights (INCHR) and retired Associate Justice of the Supreme Court of Liberia Cllr. Gladys K. Johnson
<p>&nbsp;</p><p><span style="line-height: 20.3999996185303px;">Giving her personal opinion Wednesday on several provisions of the Liberian constitution at a public interactive forum organized by the Liberia Media for Democratic Initiative, former Associate Justice Johnson dissected Article 27b of the Liberian Constitution which addresses the controversial citizenship issue. Former Associate Justice Johnson agreed that only people of Negro decent should be citizens and noted that any attempt to open up citizenship widely would render most Liberians as third class citizens.</span></p>
Read the full article here: Front Page Africa