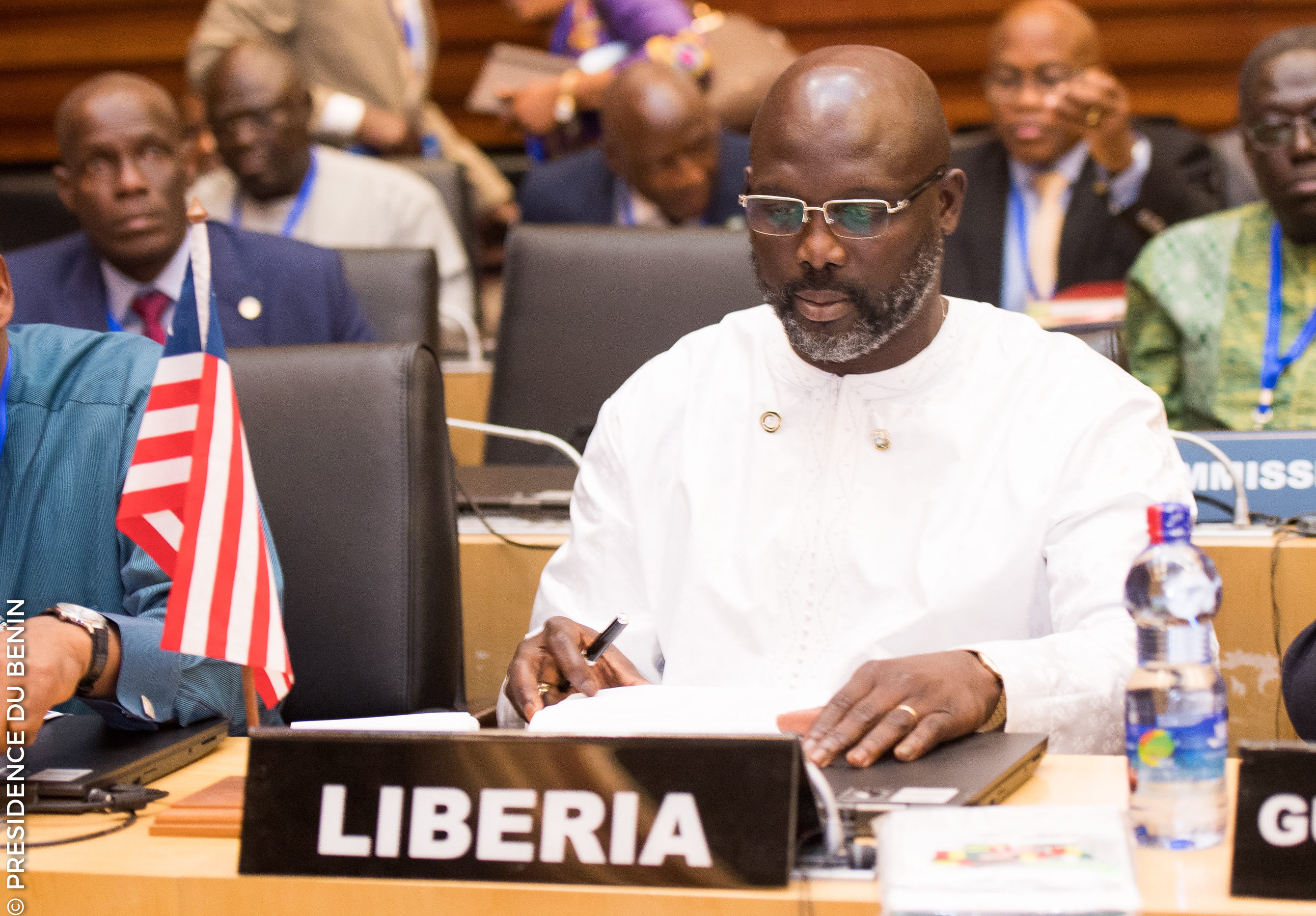 President George Weah of Liberia (photo credit: Présidence de la République du Bénin/flickr)
Liberians have rejected plans to shorten presidential terms and to allow dual citizenship, the country’s electoral commission said Thursday, announcing referendum results delayed for months over allegations of fraud. [ . . . ] At a press conference in the capital Monrovia on Thursday, the head of Liberia’s National Elections Commission, Davidetta Browne Lansanah, announced that none of the propositions had passed. While all had received over 50 percent of the votes, a two-thirds majority was required for them to pass.
Read the full article here: Vanguard