Liberia unlikely to hold referendum on constitutional reforms before 2017 elections 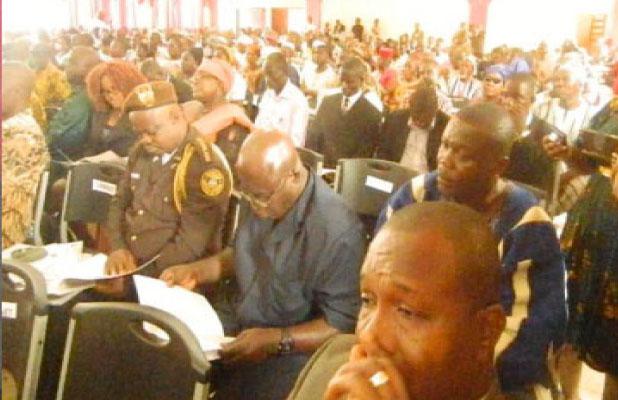 Delegates attending the Gbarnga Conferene (photo credit: Daily Observer)
<p>The Chairperson of the House Committee on Governance has announced that no referendum will be held on the 25 propositions advanced during the Gbarnga Conference.</p><p>He attributed the decision to the huge budget of US$20 million that is attached to the exercise.&nbsp;<span style="line-height: 20.4px;">Rep. Larry Younquoi made the disclosure recently at the launch of the Elections Coordinating Committee’s (ECC) three year strategic plan, an event that was attended by an array of state and non-state actors, at the YMCA in Monrovia.&nbsp;</span><span style="line-height: 20.4px;">He added that the timing to conduct a referendum was inappropriate given the divisive political environment.</span></p>
Read the full article here: Daily Observer