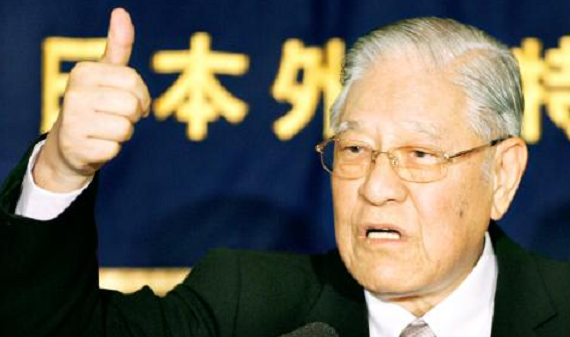 Taiwan Former president Lee Teng-hui. Photo: AFP
<p>Former president of Taiwan Lee Teng-hui (李登輝) on Sunday voiced his support for the Japanese government’s decision to reinterpret its pacifist constitution to allow Japan to use force under the right of “collective self-defense.”</p><p>Allowing Japan such a right would free the country from having to rely on the US for its security, Lee said in a speech in Tokyo.</p><p>It would also please the US, as the military strength of the US is being dragged down by its slow economy, he said.</p><p>Lee said he admired the decision made by Japanese Prime Minister Shinzo Abe’s Cabinet and believed it would solidify the alliance between Japan and the US.</p>
Read the full article here: Taipei Times