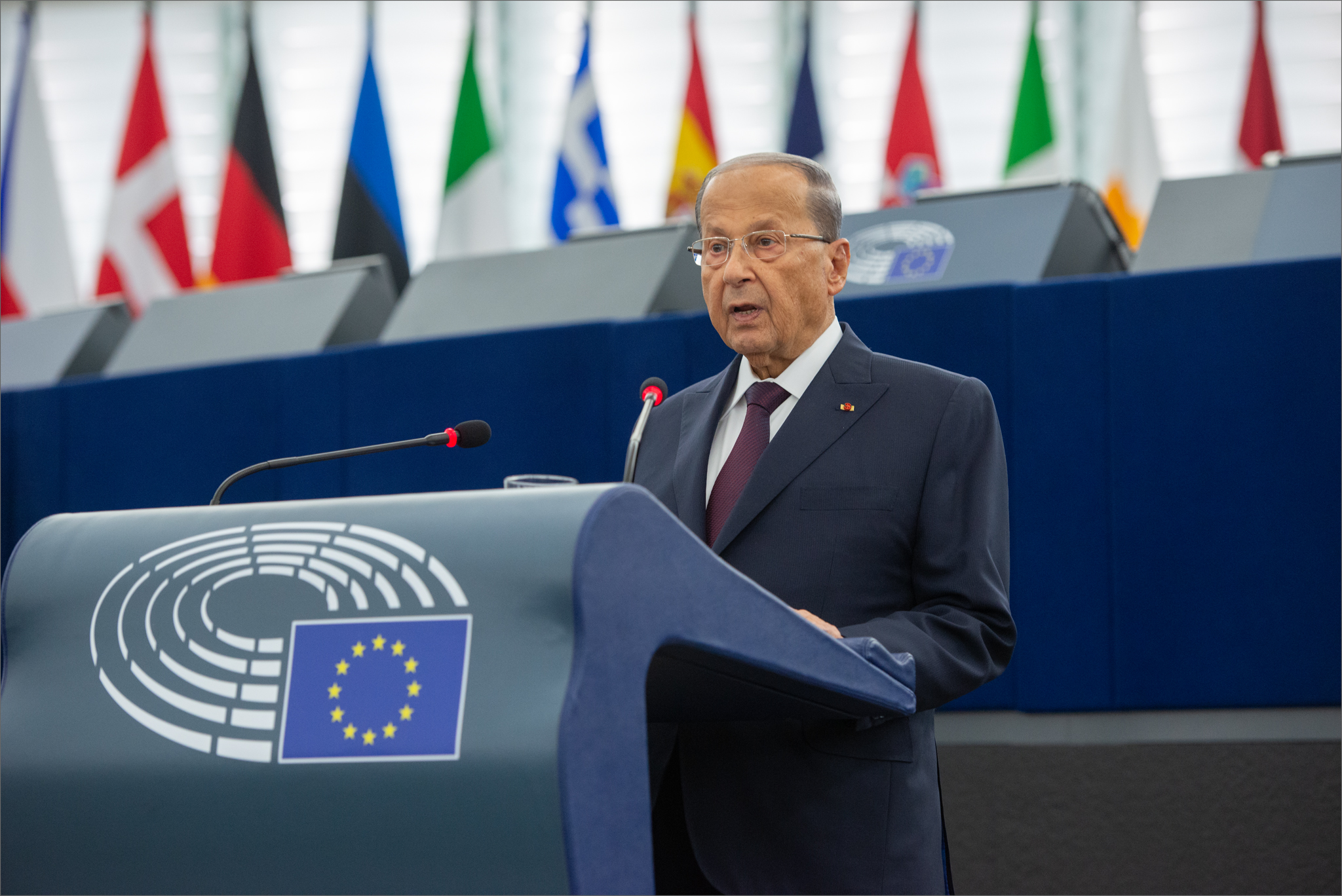 President Michel Aoun of Lebanon (photo credit: European Parliament/flickr)
An hours-long meeting was held in Beirut on Monday between caretaker Lebanese Prime Minister Saad Hariri and Foreign Minister and Free Patriotic Movement leader Gebran Bassil. The meeting was the first between them since the eruption of massive anti-government protests in the country on October 17. The meeting could pave the way for a series of others aimed at facilitating the formation of a new government.
Read the full article here: Asharq Al-Awsat