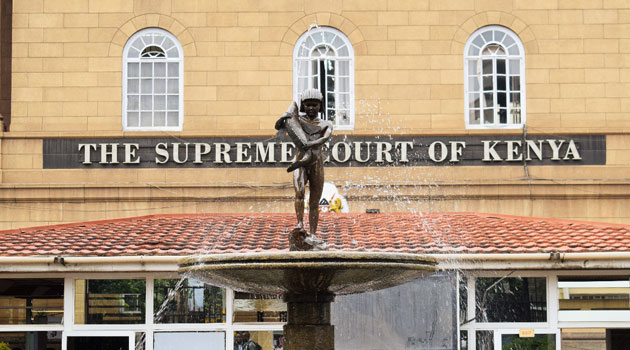 Supreme Court of Kenya (photo credit: Moses Muoki)
Kenya’s highest court on [18 January] began weighing a legal bid to revive government plans to shake up the country’s political system, just months ahead of crucial elections. The Supreme Court ruling on the proposed constitutional changes, expected after three days of hearings this week, may have major consequences for the August 9 presidential and parliamentary polls. The government is seeking to overturn previous court rulings that rejected the sweeping reforms and the way they were introduced as unconstitutional, dealing a blow to President Uhuru Kenyatta and his allies. [...] The proposed amendments to the 2010 constitution were approved by parliament in May last year and were then due to be put to a referendum. But just two days later, the Nairobi high court ruled they were illegal as the president did not have the right to initiate the process. Kenya’s Court of Appeal in August upheld that view and said Kenyatta could even be sued in a civil court for launching the process.
Read the full article here: Mail & Guardian