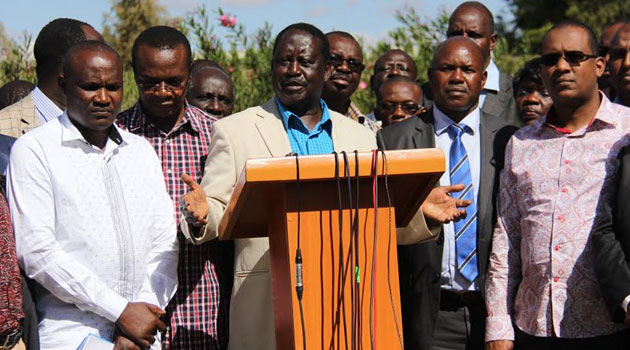 ODM leader Raila Odinga [photo credit: Capital FM]
<p>The country is staring at a constitutional crisis after the Orange Democratic Movement (ODM) expressed its intention to reject the proposed extension of enactment of constitutional Bills whose deadline is set for August 27.&nbsp;<span style="line-height: 20.4px;">Funyula MP Paul Otwoma who is also ODM Vice Chairman said the extension was unnecessary as the Jubilee Government had failed to do its work within the prescribed time.&nbsp;</span><span style="line-height: 20.4px;">“We are not persuaded that the government side is acting in good faith,” he said at the end of a two-day retreat at the Maanzoni Lodge in Machakos.&nbsp;</span></p>
Read the full article here: Capital FM