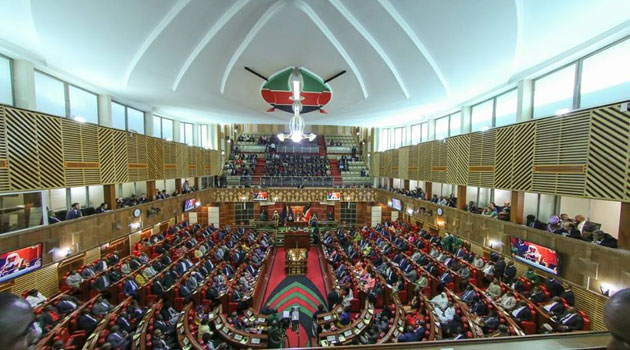 Kenyan parliament (Photo credit: Capital FM)
<p><span>Two women rights groups are set to file a petition Monday to challenge the conduct of Parliament and the Attorney General with regards to the two thirds gender principle.</span></p><p>The Centre for Rights Education and Awareness (CREAW) and the National Women’s Steering Committee (NWSC) will be seeking determination if Parliament is acting in the interest of Kenyans, specifically women.&nbsp;<span style="line-height: 20.4px;">“The group shall also be seeking declaratory orders from the court as directing that Parliament enact with immediate effect and within a specific and determined timeline before the next General Election a mechanism to operationalise the not more than two thirds gender principle mechanism,” they said in a statement.</span></p>
Read the full article here: Capital FM