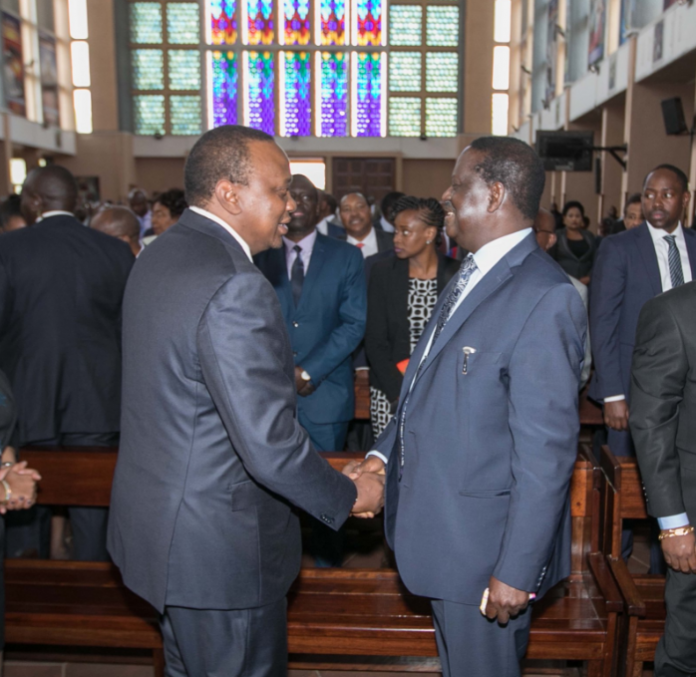 President Uhuru and former Prime Minister Raila Odinga (photo credit: KBC)
It is evident that the newly found political unity between President Uhuru Kenyatta and former Prime Minister Raila Odinga popularly known as the handshake will cascade into review of the constitution which political players want before the 2022 general elections. The council of governors has also established a sub-committee chaired by Meru governor Kiraitu Murungi to champion the interests of the devolved units in the constitution review process. The governors just like majority of political players at the national level want the position of prime minister and his two deputies re-introduced to make the government more inclusive.
Read the full article here: KBC