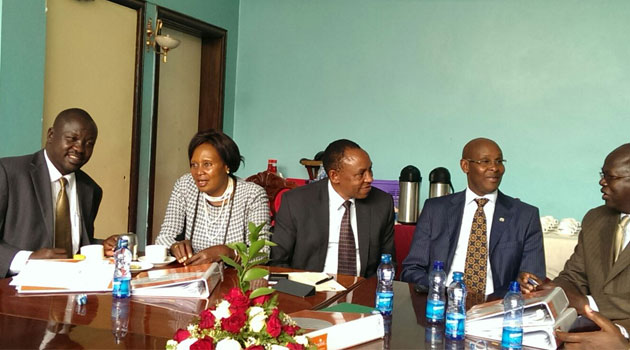 National Assembly Constitution Implementation Oversight Committee (CIOC) members (photo credit: Capital FM)
<p>The Commission for the Implementation of the Constitution (CIC) now wants Parliament to either extend its term or establish a new institution to take over from it before the December 31 term limit.</p><p>CIC Commissioners led by Vice Chairperson Elizabeth Muli said the National Assembly should decide whether their term will be extended or new members will be engaged.&nbsp;<span style="line-height: 20.4px;">“We want Parliament to make a decision not because a certain person is there or because they do not want a certain individual; we want an impartial decision. The issue whether one continues to serve or not cannot arise until that issue had been pronounced upon by Parliament,” said Muli.</span></p>
Read the full article here: Capital FM