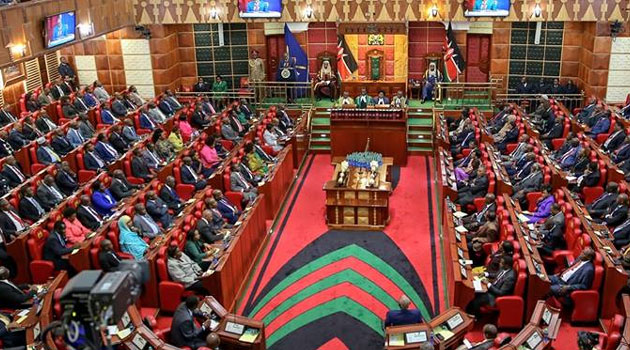 Senate of Kenya (photo credit: ROGG Kenya)
Senator Kipchumba Murkomen has drafted a bill to amend Section 22 of the Elections Act to remove the requirement of an academic degree for those seeking to run for MPs and [members of county assemblies]. The Independent Boundaries and Electoral Commission this week announced that the requirement will be mandatory for all aspirants in next year's general election. [...] In the proposed amendment, Murkomen wants anyone who is able to read and write in English or Swahili language or, in the case of a person who is deaf, is literate in the Kenya sign language. [...] In 2016, Parliament amended the Principal Act to allow only those with degrees from recognised universities in Kenya to be allowed to run for political office. However, the implementation of the amended section 22 of the Election Act was postponed in the 2017 polls to allow candidates seeking to run for MP and MCA positions to acquire the required academic qualifications.
Read the full article here: The Star