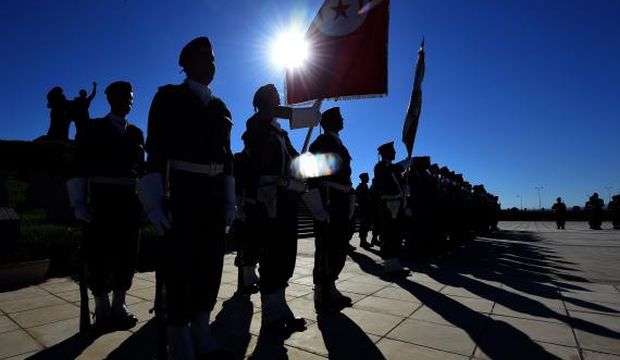 Earlier this year, Tunisia joined the family of liberal democracies—at least in theory—by adopting one of the most liberal Constitutions in the Arab world. Amongst other things, it recognizes an extensive list of rights and provides for a constitutional court as a key institutional mechanism to ensure respect for these rights. In addition, the Constitution also defines in very strict and narrow terms the conditions under which these rights can be restricted. This strong emphasis on human rights reflects Tunisians’ fear of the human rights violations that characterized the ancien regime. The new Constitution therefore represents a historic chance to put a definitive end, under any circumstance, to the former culture of abuse, and to prevent its recurrence under any pretext whatsoever.

Eight months on, however, the human rights promises of the Constitution are coming under serious threat, due in part to the terrorist menace facing the country. On July 16, the Tunisian army lost fourteen soldiers, and several more were wounded in an attack by armed groups that have incurred the heaviest casualty toll since independence. The emergence of armed militias terrorizing the country has been one defining feature of Tunisia’s former Troika  government. In response and under public pressure, the new government of Mehdi Jomaa has declared war on terrorism, with a number of measures already in place.  For instance, television and radio stations previously operating without a licence and with sympathies for terrorist groups have been shut down. The same fate has befallen mosques constructed without authorization and now suspected of being terrorist dens. Dozens of organizations with suspected links to terrorist cells have been banned and put under investigation. An anti-terrorism bill that proposes robust preventive and punitive measures against terrorist acts is also currently before the National Constituent Assembly.

These measures have been favorably received by a large part of the population, who see it as the only way to arrest the situation. At the same time, history, particularly in the immediate aftermath of the 9/11 attacks on New York, teaches that combatting terrorism has also often been a pretext for governments to flout constitutionally protected human rights. With the anti-terror measures often disproportionately outweighing the risks posed to fundamental human rights check, it is important for the Tunisian public to act with caution when taking any actions that might be interpreted as granting government a blank check in the fight against terrorism

In fact, as national and international human rights NGOs are already pointing out, it is all about equilibrium. The fight against terrorism, while legitimate necessary, cannot be conducted at the expense of constitutionally protected rights. It is imperative to find the right balance between the two. Yet, this is not an easy task to achieve. In fact, many of the counter terrorism measures the government has so taken, are arguably, constitutionally contestable.

One of the most controversial has been the decision to prosecute anyone who challenges the country’s military or security institutions in this climate. Yet, how does one determine prosecutable from non-prosecutable challenges without clearly defining the boundaries between legitimate critique and statements that endanger national security? As the National Union of Tunisian Journalists (SJNT) asks, would a journalist who, for instance, exposes corruption in the operations of military and security institutions combatting terrorism, be making a legitimate critique or glorifying terrorists? Just where exactly are the red lines?  Such a vague formulation of the decision clearly endangers the free speech guarantees of Article 31 of the Constitution as well as the public’s right to information.


Shutting down certain television and radio channels—a decision which indirectly impacts the public’s rights to and access to information under article 32(1)— is one such case which has been subject to scrutiny. There might be unanimity on the political expediency of the decision, but opinion is spilt on its legal foundation.  The Independent Supreme Authority for Audio Visual Communication (HAICA), responsible for monitoring the audio-visual sector, has criticized the government for not consulting it on the decision as provided for by law. It has supposedly sent a strong message to the government indicating that even the fight against terrorism must be done within the limits of the law. The NGO ‘Article 19’, which defends free speech and the right to information, has also taken a more or less similar position in arguing that the  shutting down of internet pages of groups suspected of terrorist ties must respect for human rights and be based on judicial decisions.

The closing down associations suspected of terrorist connections, which the government argues is a preventive and provisional move, is another issue. Article 35 of the Constitution guarantees freedom of association. The same Constitution also specifies the conditions under which government might with just cause restrict such freedoms. But is mere suspicion, without conclusively establishing links to terrorist organizations or involvement in terror activities, sufficient grounds to shut down associations, even if on preventive grounds?  The same argument can be made with respect to the government’s closure of private mosques (with impact on the Article 6 freedom of religion guarantee), which it has also argued was a temporary measure designed to enable authorities regain control and to prevent violent inflammatory rhetoric from religious leaders.

Tunisia’s ongoing war against terrorism presents a serious threat on at least two levels. First, failure in the effort threatens the very existence of the state. At the same time, measures being taken are endangering civil peace and human rights in terms of the restrictions they involve. The Constitution itself recognizes these restrictions but also puts in place safeguards in order to guarantee the rights and freedoms of citizens. For instance, it provides amongst others in Article 49 that:

‘These restrictions can only be applied in case of necessity by a civil and democratic state, and with the purpose of protecting third party rights, public security and national defence’

This provision calls for an important balance which government must at all times strive to find and maintain whenever extraordinary measures become necessary. Instead of sacrificing the country to terrorists at the expense of human rights, what Tunisia’s political class, civil society and all citizens must do is embrace the fight against terrorism while at the same time remaining vigilant on the government. Terrorism was the pretext used by former President Ben Ali to deprive Tunisians of their fundamental rights. Trading their rights for security and ending up with none, as has happened in the past, is therefore not an option, and giving the government a blank check is out of the question. Even so, doing it without the proportionate degree of vigilance and control only opens the door to potential abuse. The worst of tyrannies, it must be recalled, emerge when citizens voluntarily give up their rights and freedoms.