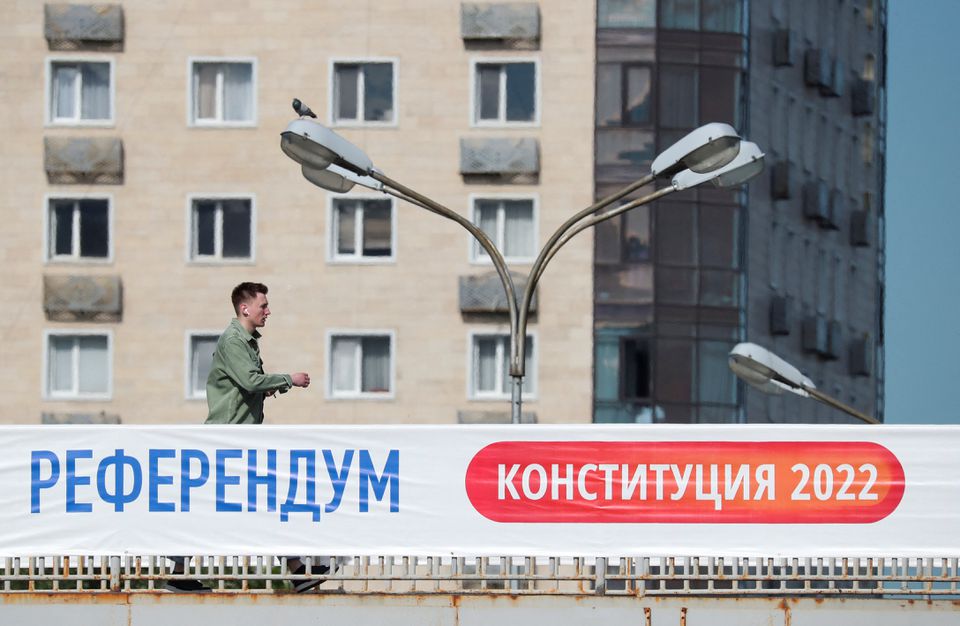 Banner informing voters about referendum in Kazakstan (photo credit: Reuters / Pavel Mikheyev)
Kazakhstan's Central Election Commission says voters in a weekend referendum were overwhelmingly in favor of proposed constitutional amendments aimed at decentralizing decision-making and stripping former President Nursultan Nazarbaev of his "national leader" status. The referendum on some 56 proposed changes to the constitution came after the country was rocked by deadly unrest in January that ended Nazarbaev's longtime grip on power. "The referendum can be considered validated," Commission Chairman Nurlan Abdirov said on June 6, citing preliminary results that 77.18 percent voted in favor of the amendments. He said turnout was 68.06 percent. In order to be adopted, more than 50 percent of voters in at least 12 of the country’s 17 regions must cast ballots in favor of the amendments. President Qasym-Zhomart Toqaev said the referendum will shift the country from a “super-presidential form of government to a presidential republic with a strong parliament.”
Read the full article here: