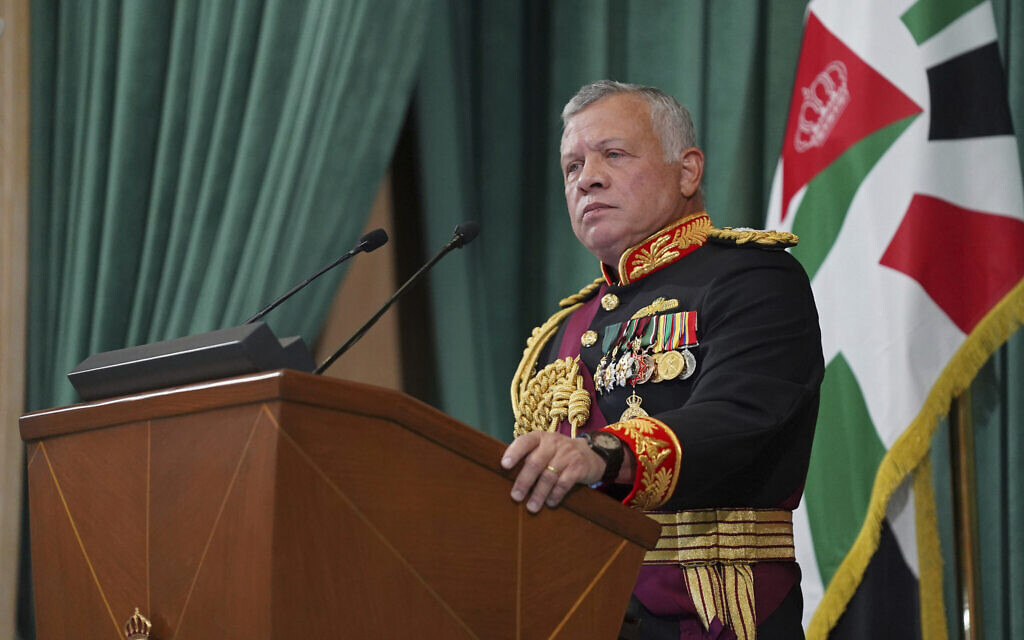 Jordan's King Abdullah II (Photo credit: Yousef Allan / The Royal Hashemite Court via AP)
After three months of deliberations, which were marred by controversy, public skepticism and the resignation of three members, the Royal Committee to Modernize the Political System handed its recommendations to King Abdullah Oct. 4. [...] Headed by former Prime Minister Samir Rifai, the 92-member committee includes public figures from across the political and ideological spectrum. Its final report proposes draft laws for elections and political parties, and 22 constitutional amendments related to the two proposed laws, parliamentary work and ways to empower women and youth.  The king said that the recommendations of the committee will go through the constitutional channels, “so that the government would adopt them without any intervention and submit them to parliament.” [...] Once the government delivers the proposed two laws and constitutional amendments the sitting parliament would have to vote on them. In effect, the lawmakers will be voting on laws that, once adopted, would require the dissolution of parliament, the resignation of the government and the holding of a new election sometime next year. In general, reactions to the proposed two laws by political parties and activists were mixed with most criticizing certain articles in the draft documents.
Read the full article here: AL-Monitor