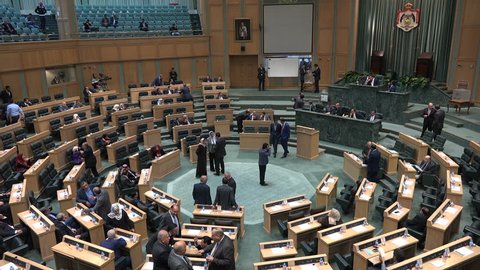 Parliament of Jordan (photo credit: Stef Hoffer)
The Lower House on Tuesday endorsed the draft 2022 elections law [...] The draft law redraws electoral districts [...] The bill grants every voter two votes under a mixed electoral system for partisan lists and local lists [...]. The draft law stipulates having at least one woman among the first three candidates on the general list and within the next three candidates, in addition to having a young man or woman (35 years old or younger) within the first five candidates.The bill increases the number of female quota seats to be the same as the number of constituencies (18), and maintains the representation of Christians at nine seats, and Circassians and Chechens at three seats, without stipulating a maximum limit for their representation.The draft law reduces the age of candidates to 25 years [...].
Read the full article here: Jordan Times