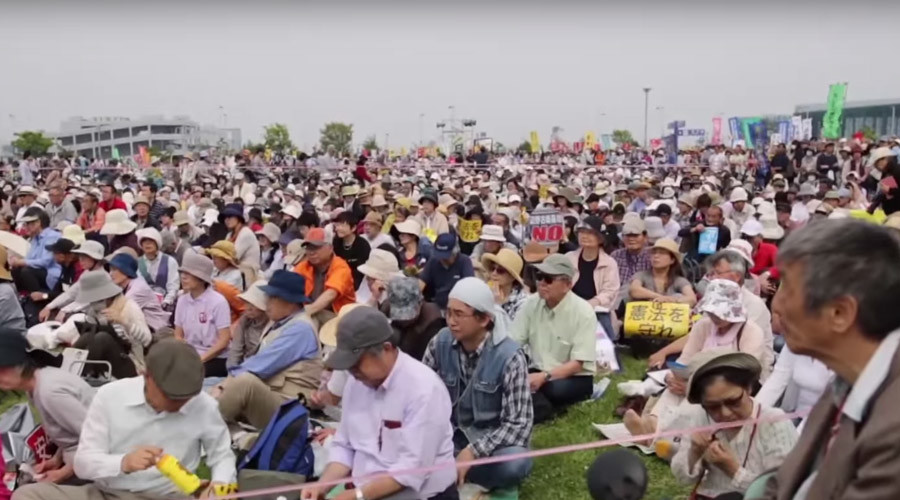 Protesters against planned changes (photo credit: Ruptly)
<div class="article__summary summary ">Tens of thousands poured out onto the streets of Tokyo on Constitution Day to protest Prime Minister Shinzo Abe’s touted plan to change the country’s fundamental war laws in the coming months.</div><div class="article__summary summary "><p>Adopted on May 3, 1947, with input from the occupying US force, the constitution contains Article 9, which reads that<em>“the Japanese people forever renounce war as a sovereign right of the nation and the threat or use of force as means of settling international disputes”</em>&nbsp;and promises that&nbsp;<em>“land, sea, and air forces, as well as other war potential, will never be maintained.”</em></p>
Read the full article here: RT