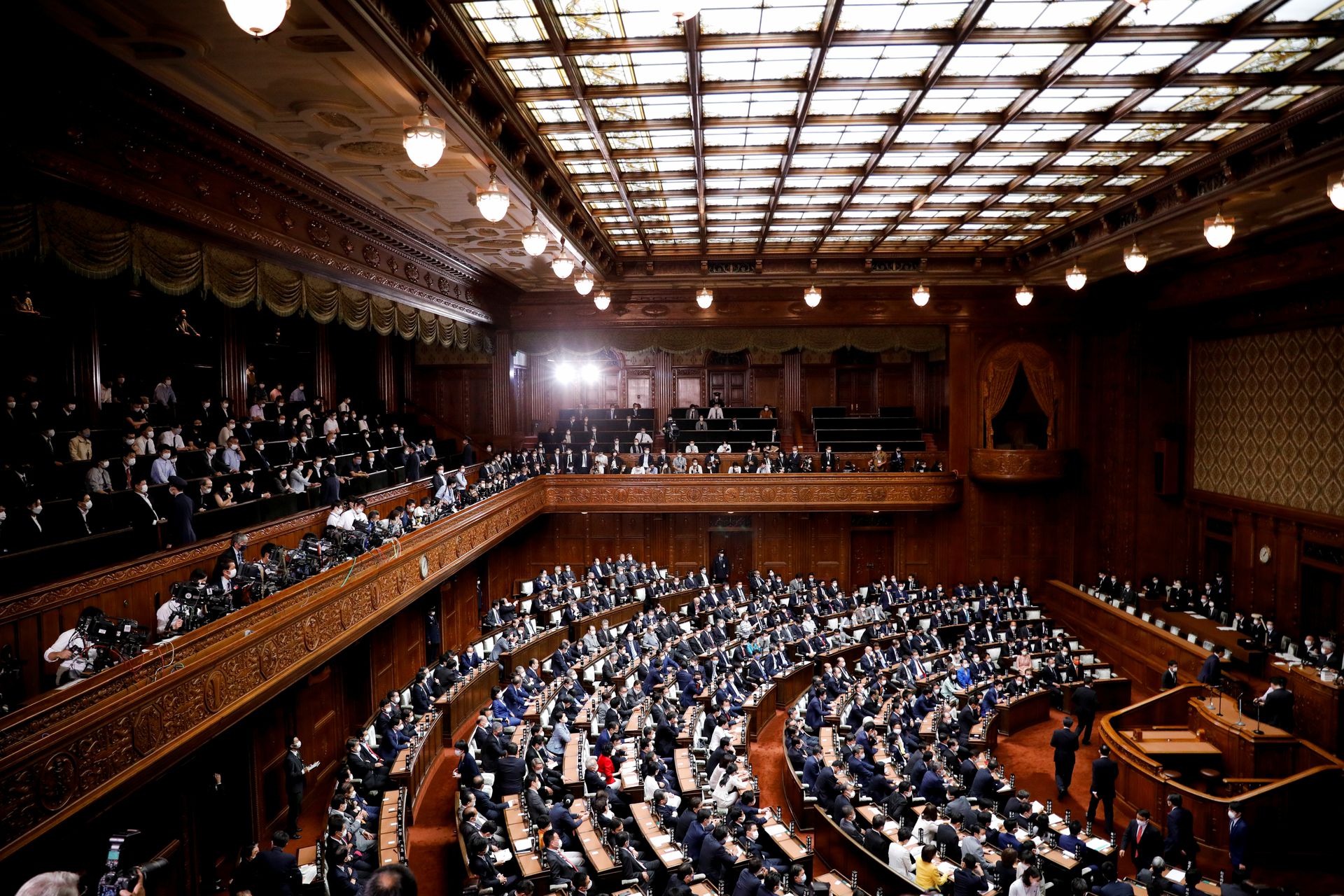 Japan's house of representatives (photo credit: Reuters / Kim Kyung-Hoon)
Japan's parliament [has] enacted a bill to bring about the country's largest ever change to the distribution and boundaries of lower house single-seat constituencies to correct a vote-value disparity that the Supreme Court has judged to be constitutionally problematic. [...] The revision to the Public Offices Election Act will add 10 single-seat electoral districts to five prefectures, while cutting one each from 10 prefectures, affecting 140 constituencies in 25 prefectures in total. […] The amendment will also switch some seats allocated to the proportional representation system in the House of Representatives, in which seats are distributed in accordance with the total votes cast for each political party. […] Large disparities in the weight of votes cast have led to numerous lawsuits claiming they violate the Constitution. The supreme law stipulates that "all of the people are equal under the law and there shall be no discrimination in political, economic or social relations." If a disparity is significant, the election is deemed to be in a "state of unconstitutionality" and will be ruled "unconstitutional" if the Diet does not address the issue within a reasonable period, according to legal experts. The Supreme Court has ruled the lower house elections of 2009, 2012 and 2014 where the vote disparity was above 2.0-fold were constitutionally problematic, saying they were in a "state of unconstitutionality."
Read the full article here: Kyodo News