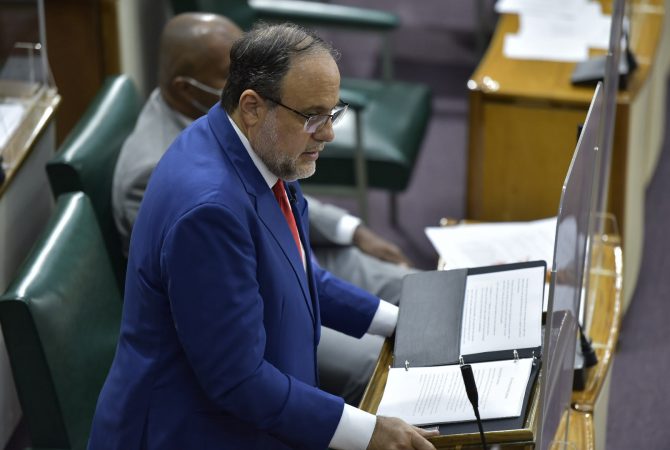 Leader of the Opposition, Mark Golding (photo credit: Donald De La Haye)
The main opposition People’s National Party (PNP) says it will use the three-day visit of the British Royal couple, to raise several issues including Jamaica becoming a republic as well as support for the Reparations Movement. [...] Last December, Prime Minister Holness promised that the issue of the country’s future constitutional status will be addressed shortly even as he warned that “there must not be empty symbolism” moving forward. [...] However, Prime Minister Holness said he would like to see Jamaica accomplish certain things before taking the step to replace the Queen.
Read the full article here: The Loop