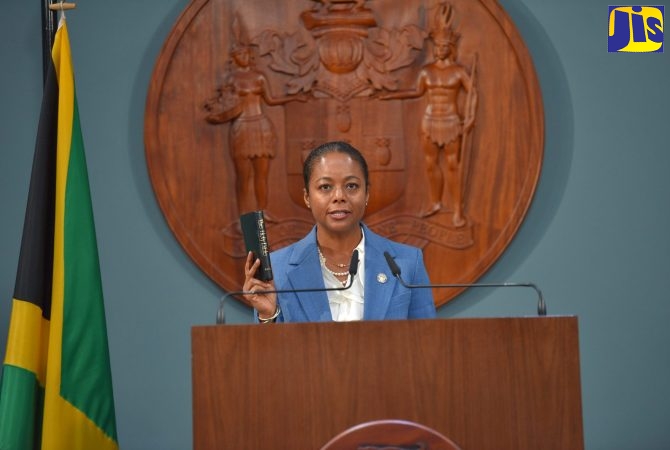 Minister of Legal and Constitutional Affairs, Marlene Malahoo Forte (photo credit: Yhomo Hutchinson)
[... Prime Minister Holness] pointed out that the new Minister of Legal and Constitutional Affairs has a major task ahead of her to reform Jamaica’s laws to start the process of reviewing the country’s Constitution. “Indeed, the conversation has already begun about our status as a constitutional monarchy and the change that we would all like to see. But there is a process to achieving that and we want to make sure that we order all our steps appropriately, and you will have the task of guiding that from the executive perspective,” he said. The Prime Minister further noted that through this Ministry, greater effort will be made to ensure that when Jamaica is required to comply with its international obligations, such as treaties, this is consistent with the country’s legal framework and Constitution.
Read the full article here: Jamaica Information Service