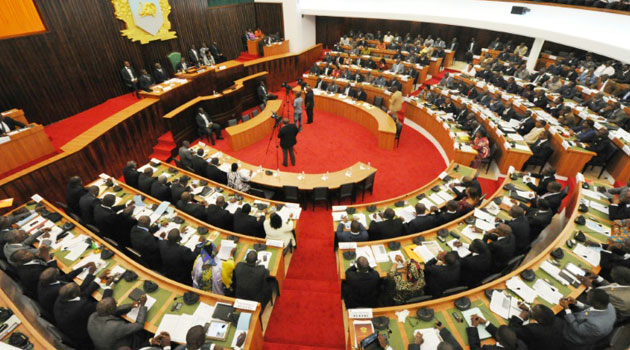 Parliament of Cote d'Ivoire (photo credit: World Affairs)
<p>Ivory Coast's parliament on Friday voted overwhelmingly in favour of holding a referendum on a new constitution that would among other measures remove a controversial nationality clause that contributed to years of unrest and civil war.</p><p>President Ouattara pledged during his campaign for re-election last year to scrap the clause, which states presidential candidates must prove both their parents are natural-born Ivorians. They must also have never claimed citizenship of another country.</p>
Read the full article here: Chanel News Asia/Reuters