It's OK for Japan to Fudge Its Constitution - Noah Feldman 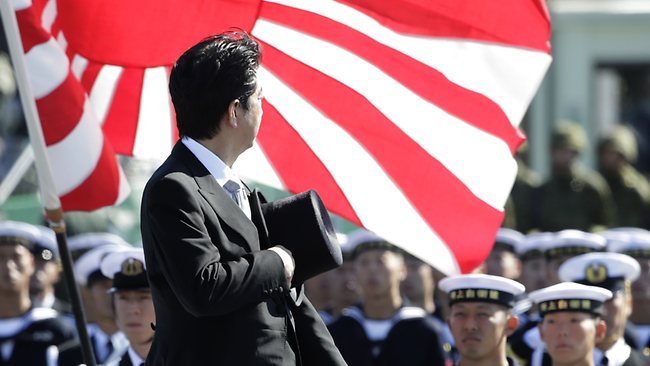 Japanese Prime Minister Shinzo Abe reviews members of Japan Self-Defense Forces (SDF) during the Self-Defense Forces Day at Asaka Base, north of Tokyo, Sunday, Oct. 27, 2013 [photo credit: AP]
<p>Japan’s Diet has begun the process of passing legislation that would authorize the country’s self-defense forces to fight in foreign conflicts, in apparent violation of the country’s pacifist constitution. And that’s a good thing, despite the apparent danger it poses to the rule of law. Behold the power -- and the danger -- of a living constitution. </p><p>The provision in question is Article 9 of the Japanese constitution, which says “the Japanese people forever renounce war as a sovereign right of the nation” and promises that “land, sea, and air forces, as well as other war potential, will never be maintained.” </p>
Read the full article here: