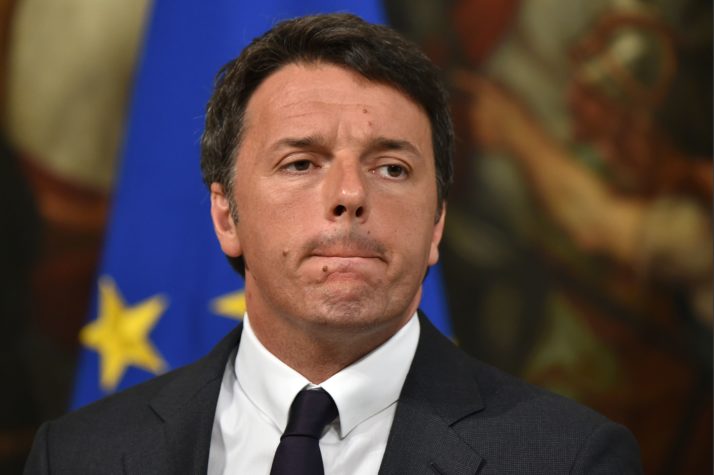 Italy's Prime Minister Matteo Renzi (photo credit: Alberto Pizzoli/AFP via Getty Images)
<p>A referendum over Italian Prime Minister Matteo Renzi's flagship constitutional reform will be held on Dec. 4, the government said on Monday, with the fate of his administration likely to hinge on the outcome. Renzi says the reform will bring much-needed political stability to Italy and has repeatedly pledged to resign if voters reject his proposals to reduce the role of the upper house, the Senate, and rein in the powers of regional governments. But most recent opinion polls have put the "No" camp ahead and Renzi now refuses to be drawn on his future, saying he does not want the issue to dominate the referendum debate.
Read the full article here: REUTERS