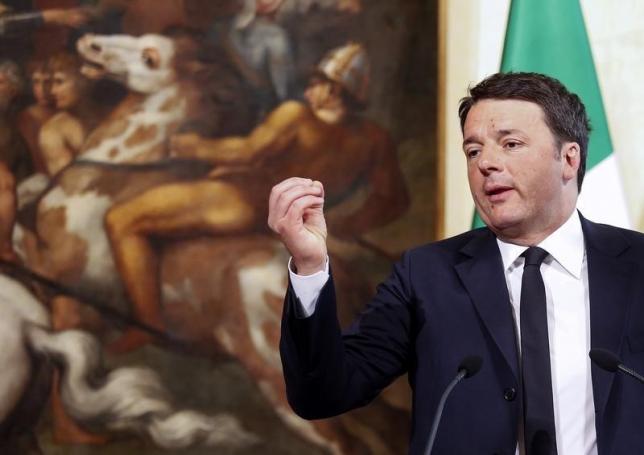 Prime Minster Renzi (photo credit: Reuters/Remo Casilli)
<p><span style="line-height: 20.4px;">Italian Prime Minister Matteo Renzi, speaking on Monday to a half-empty parliament that had been abandoned by the opposition, defended his flagship constitutional reform, due to be voted on this week.</span></p><p>After more than two years in parliament, voting will begin in the lower house on Tuesday on the measure aimed at streamlining the legislative process.&nbsp;<span style="line-height: 20.4px;">Renzi has an ample majority to pass the bill, but he has said he will resign if the law is not definitively approved by Italians in a popular referendum to be held in the autumn.</span></p>
Read the full article here: Reuters