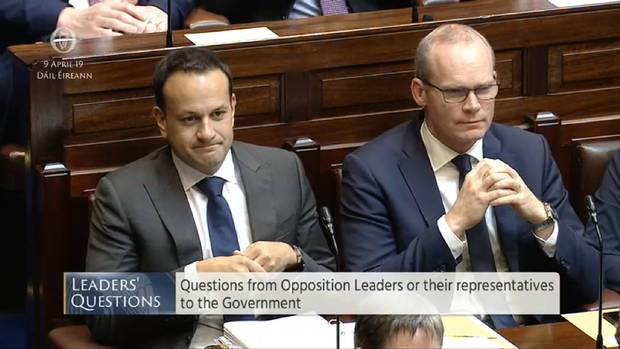 Leo Varadkar and Simon Coveney (photo credit: The Independent)
The Dáil has rejected a proposal to call a referendum on enshrining a right to housing in the Constitution. The Sinn Féin bill was rejected by 60 votes to 36 this afternoon. Following the vote, Sinn Féin housing spokesperson Eoin Ó Broin said it was “disappointing but not surprising” that both Fine Gael and Fianna Fáil had refused to support the plan. “The fact that they would refuse to even let people have their say on it in a referendum is unacceptable,” he said.
Read the full article here: NewsTalk