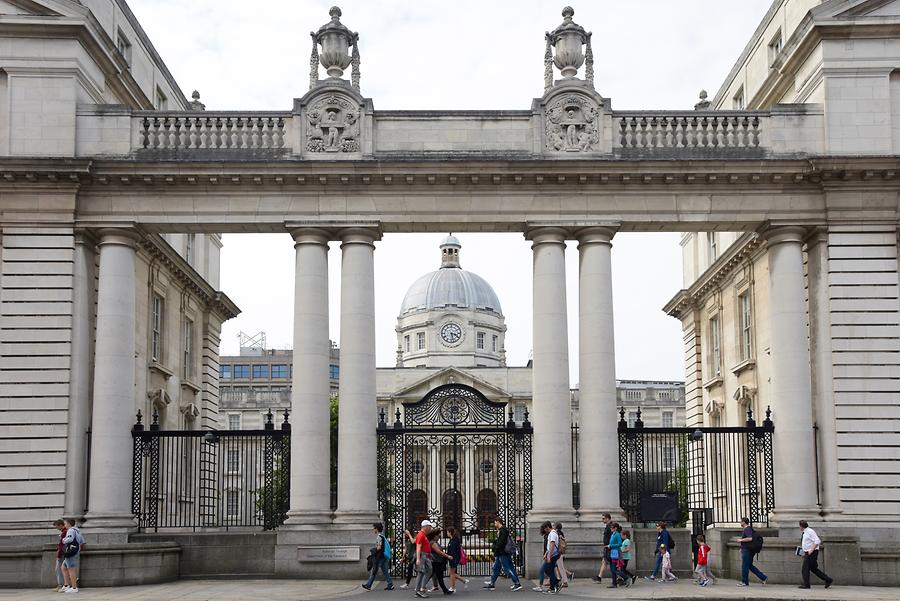 Parliament building of Ireland (photo credit: Gerhard Huber)
A proposal to hold a referendum on codifying the principle of military neutrality into the Irish constitution was rejected this week after government parties voted against the motion. Speaking in the Irish parliament, Richard Boyd Barrett, a lawmaker from the party People Before Profit, which proposed the initiative, described the principle as having come “seriously under attack” from successive governments. Given the policy’s “long-standing and overwhelming” support, many people mistakenly think the stance is already constitutionally protected, Barrett argued. [...] The question of military neutrality, which has been in place in Ireland since the 1930s, has come to the fore since the onset of the war in Ukraine. In the context of the crisis, the government has sought to distinguish between military and political neutrality. Dublin opted to contribute non-lethal materials like helmets and medical supplies to the EU’s aid package rather than weaponry in line with the policy.
Read the full article here: Euractiv