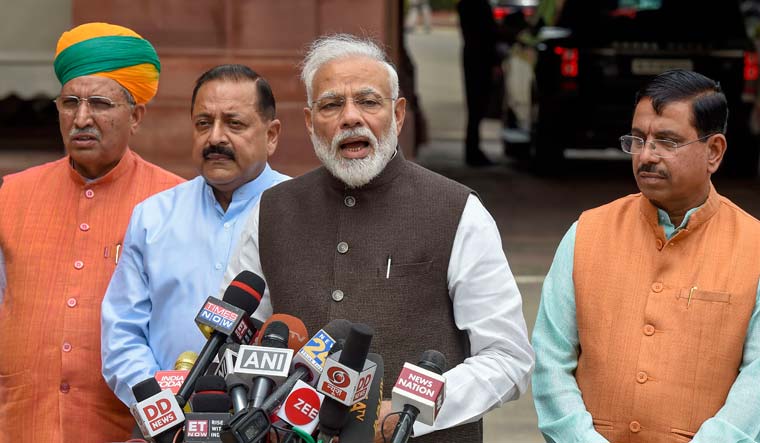 Indian Prime Minister Narendra Modi (photo credit: The Week)
With the BJP expected to achieve majority in the Rajya Sabha by 2020, thus allowing it to aim for key reforms which will require Constitutional amendments, Prime Minister Narendra Modi has revived his idea of holding simultaneous elections to Lok Sabha and state assemblies. Modi called a meeting of Opposition parties on June 19 to take the idea further. The idea was pushed by Modi during his previous tenure, following which Law Commission and the NITI Aayog suggested a way forward. Now, the massive mandate ensures that the government can push the reform, despite some opposition. The government is pushing for simultaneous polls to avoid execssive expenditure on conducting elections, and disruption in governance.
Read the full article here: The Week