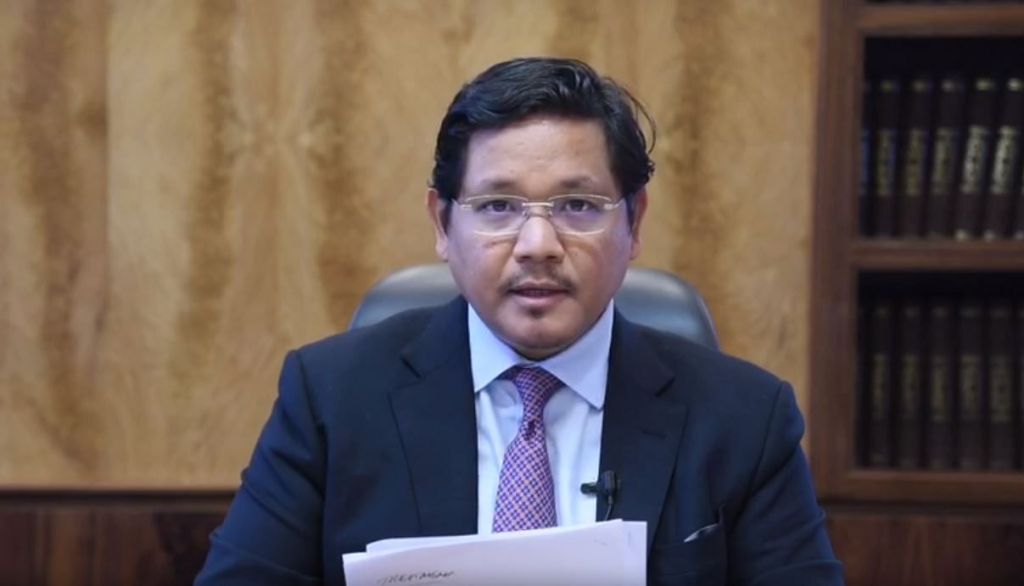 Meghalaya Chief Minister Conrad K Sangma (photo credit: EastMojo)
A meeting was held with Chief Executive Members (CEMs) of three autonomous district councils (ADCs) of the state to discuss the proposed amendment to the Sixth Schedule of the Constitution and the suggestions of the Parliamentary Standing Committee, informed the Chief Minister. He informed that all the three Chief Executive Members (CEMs) of the Autonomous District Councils (ADCs) of Khasi, Jaintia, and Garo Hills have been asked to submit their recommendations in the next one week. [...] The Sixth Schedule consists of provisions for the administration of tribal areas in Assam, Meghalaya, Tripura and Mizoram, according to Article 244 of the Indian Constitution. Passed by the Constituent Assembly, it seeks to safeguard the rights of tribal population through the formation of Autonomous District Councils (ADC). ADCs are bodies representing a district to which the Constitution has given varying degrees of autonomy within the state legislature.
Read the full article here: ANI News