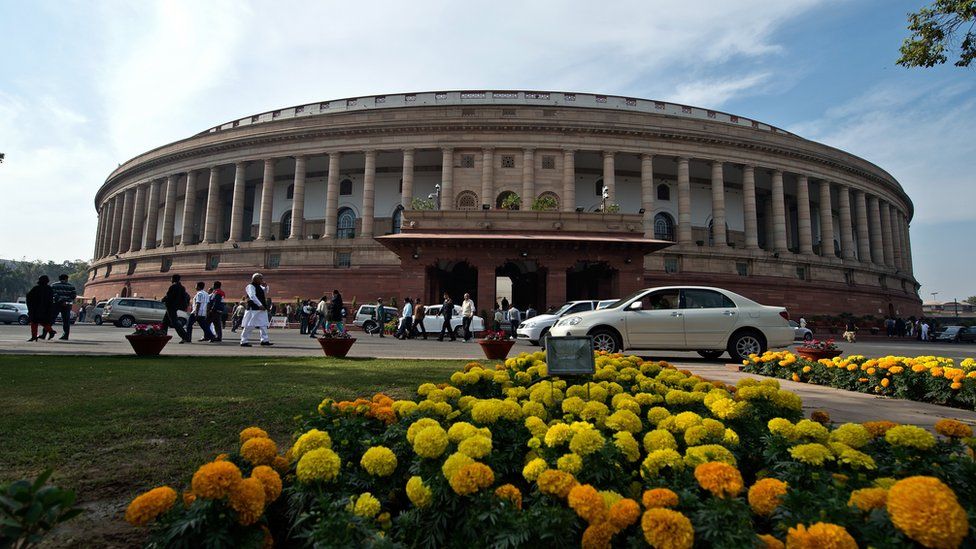 Parliament of India (photo credit: Getty)
The Opposition on Monday decided that it will “cooperate” with the Narendra Modi government to clear a constitutional amendment that aims to restore the power of states to identify backward castes. [...] The 127th Constitution Amendment Bill 2021 aims to bypass a May 2021 Supreme Court ruling that said only the Centre could notify socially and educationally backward classes (SEBCs) — and not the states. The apex court’s decision triggered protests by state governments and other backward caste (OBC) groups. The Bill comes ahead of crucial elections in five states early next year. Opposition support to the Bill is significant as a constitutional amendment requires two-thirds majority of lawmakers who are present during the proceedings, with at least 50% in attendance.
Read the full article here: Hindustan Times