‘Imperial Manila’ is a constitutional design: Towards configuring executive authority in a federal system 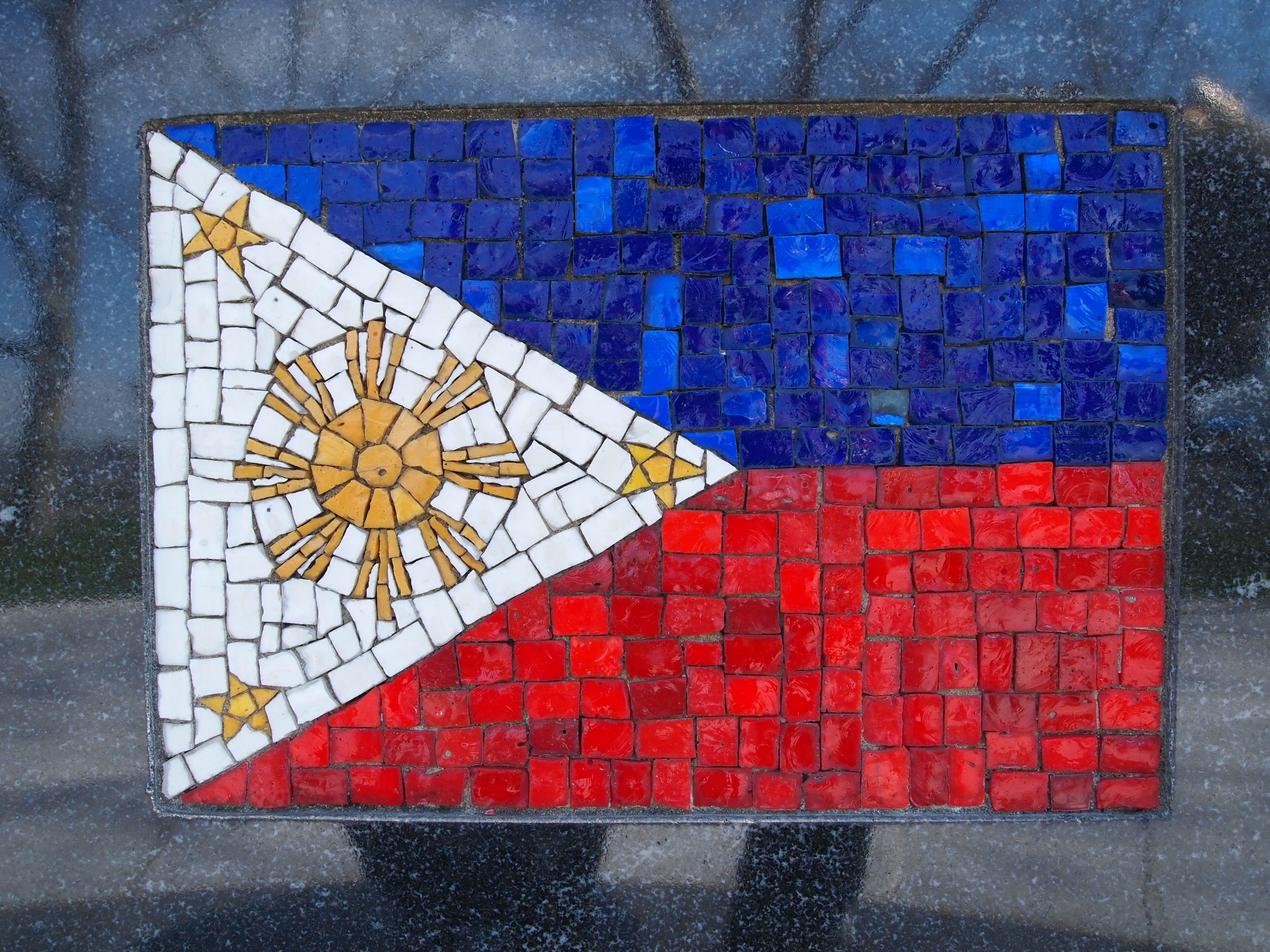 Philippine authorities are currently revising the 1987 constitution with the avowed aim of diffusing the over-concentration of economic and political power at the nation’s capital region and in the person of the president. The dismantling of Imperial Manila will require not only a transition to a federal system, but also a reconfiguration of the powers of the president – writes Michael Henry Ll. Yusingco.

The Philippines is undergoing constitutional reform that could, if successful, lead to the submission of a draft constitution by June 2018, to allow President Rodrigo Duterte to unveil the draft during his State of the Nation address in July. At the heart of the debate is a transition to a federal form of state that would weaken the central government’s overbearing authority over the rest of the country, in addition to addressing the causes of the conflict in the restive Mindanao region, enhancing economic growth and restraining political dynasties. At the centre of the dominant central government is a powerful president.

The constitutional convention that drafted the 1935 Constitution of the Philippines was overtly biased towards the American constitutional structure; hence, the adoption of a presidential system of government. However, the decision to adopt a unitary form of state instead of a federal arrangement akin to the United States seemed unexpected. The establishment of a strong presidential and unitary structure for the new independent republic was purposely designed to establish an extremely powerful executive branch, thus giving rise to a constitutional order that allows governance of the country to be overly reliant on the president.

At the centre of the dominant central government is a powerful president, who appoints practically for all positions in the central bureaucracy.

The bitter irony for Filipinos is that those terrible years under an autocratic regime should have jolted the collective heads of the 1986 Constitutional Commission, the body tasked by then President Corazon Aquino to draft a new charter after the People Power Revolution ousted the dictator Ferdinand Marcos, to change course and avoid the folly of giving too much power to a single human being. And yet the 1987 Constitution still preserved the strong presidential system, despite an apparent intention to rein in the presidency. Consider first Article VII, Section 1 on the Executive Department which states that, ‘The executive power shall be vested in the President of the Philippines’. This provision vests executive power not in the office of the president but in the person occupying the office.

Then read this provision in conjunction with this specific portion of Section 16, ‘He shall also appoint all other officers of the Government whose appointments are not otherwise provided for by law, and those whom he may be authorized by law to appoint’. The power to appoint officials in the executive branch is part and parcel of the executive power. But pursuant to this constitutional provision, the president of the Philippines has complete and almost limitless authority to appoint officials within the executive branch. He appoints for practically all positions in the central bureaucracy including the armed forces and the police.

Decisions of the nation’s Supreme Court reveal the true magnitude of this executive power, which is practically absolute.

Such far-reaching command takes on a more autocratic tenor when read together with this part of Section 17, ‘The President shall have control of all the executive departments, bureaus, and offices’. The exclusive vesting of executive power in the president means that he or she can overturn the decisions of any officer within the executive branch. The president can substitute her or his own view on any issue over that of his subordinate. Indeed, he or she has sole control over the entire executive branch from department secretaries down to the rank-and-file.

The text of the 1987 Constitution of the Philippines conveys the immense power the president wields, and the level of centralisation of power in the national government. However, three decisions of the nation’s Supreme Court reveal the true magnitude of this executive power, which is practically absolute. In the landmark case of Marcos vs. Manglapus, the Court ruled that:

The case of Carpio vs. Executive Secretary affirmed the notion of a ‘single executive’:

Notably, from this notion of a ‘single executive’ evolved the ‘pleasuring the president’ dogma, which fundamentally means that presidential appointees in the executive branch (particularly Department Secretaries) hold their posts at the complete discretion of their boss. Even when their capability to perform their functions is questioned, this legal principle has become a chronically abused excuse allowing appointees to cling to their office, in most cases, much to the displeasure of the public.

The president has a direct hand in all matters of government, from agriculture and sports to foreign affairs and investment and trade.

These extensive powers of the president are exercised within a context of a highly centralized system where power and resources lie with the national government. The case of Pimentel vs. Aquirre confirmed the enduring practice of top-down and centralized economic development planning:

But to enable the country to develop as a whole, the programs and policies effected locally must be integrated and coordinated towards a common national goal. Thus, policy-setting for the entire country still lies in the President and Congress.

Correspondingly, the president has a direct hand in all matters of government. From public housing to agriculture to solid waste management to foreign investment to tax collection to sports to water management to foreign trade and affairs, and so forth. In all these public functions, the president plays a very prominent role. Crucially, control over and dispersal of public funds is also heavily concentrated in his office.

According to the dean of the Ateneo de Manila University’s School of Government, Dr. Ronald Mendoza:

Why did Manila remain imperial? There are many factors, but one fundamental one is that the Philippine Presidency remains a “winner-take-all” contest that hands over the country’s still largely centralized public finances to Malacanañg’s occupant. Roughly 80% of tax revenues are collected by central government agencies – and about the same share in terms of public spending is allocated through central government budget processes.

Manila is home to the official residence of the president, Malacanañg Palace. It dominates over the rest of the country precisely because of the institutional supremacy of the president in the central government. And at the very heart of this overcentralized governance structure is the way executive authority is expressed in the 1987 Constitution.

President Rodrigo Duterte, the first president to hail from the restive Mindanao region, came into office promising to break Manila’s domination through the establishment of a federal system in the country, which could also address the demands for autonomy of Mindanao Muslims. In accordance with the campaign promise, the Philippines is in the midst  of a constitution making process, with federalism at the centre and  with three competing groups (Senate, House of Representatives and the administration’s consultative committee on constitutional reform) vying to come up with draft federal constitutions. The plan is to announce a draft constitution, which would be submitted to Congress, to the people during Duterte’s State of the Nation Address in July.

If the goal of constitutional reform is to decentralize governance, then the articulation of executive authority should also be changed.

As the revision process moves along, Filipinos must remember that the federalism initiative is a means to improve the current political system. It is worth highlighting, therefore, that if the goal of constitutional reform is to decentralize governance, then the articulation of executive authority should also be changed. Although there is some debate regarding a possible shift to a semi-presidential system, all powerful personalities and groups, including President Duterte, prefer the retention of the presidential system. The success of the decentralization drive requires that the powers of the presidency be reconfigured, especially as the presidential system is likely to be retained. For instance, executive authority should be expressed as follows: ‘The executive power shall be vested in the Executive Branch headed by the President of the Philippines’. Here the power is vested in the institution of the presidency, not in the person of the president.

Moreover, the appointment powers of the president ought to be specifically limited to upper level officials only. Doing this can potentially remove the politics in the organization of the bureaucracy, and can thus give meritocracy in the civil service, particularly at the Cabinet level, a chance to be firmly established.

The reforms should aim for more than just transposing ‘Imperial Manila’ to a federal system.

With regards to the president’s control over the executive branch, it could be expressed this way: ‘The President shall ensure that laws are faithfully executed by departments, bureaus, and offices in the executive branch’. This articulation does not remove the control power of the chief executive over the bureaucracy, but it puts the focus on the position as a responsibility of the office holder rather than a supreme privilege attendant to the office.

The objective of constitutional reform must be not just to change the structure of state but to make sure the centralized executive configuration in the current charter is not in the new federal constitution. Indeed, the reforms should aim for more than just transposing ‘Imperial Manila’ to a federal system.

The debate on the planned shift to a federal system should not undermine the equally crucial debate to constrain the executive authority.

To conclude, in 1935, political elites were successful in instituting a presidential and unitary system for the Philippines that paved the way for an extremely centralized government structure. It bodes well that the country’s current political leaders have commenced the process of revising the present constitution with the avowed aim of diffusing the over-concentration of economic and political power at the nation’s capital region and in the person of the president. In this regard, the debate on the planned shift to a federal system should not undermine the equally crucial debate to constrain the executive authority. Nevertheless, while these suggested reforms are fundamental, more changes in the present political system still need to be done to establish a genuine and meaningful decentralized governance framework in the Philippines.

Michael Henry Ll. Yusingco is a law lecturer, legislative and policy consultant, author of ’Rethinking the Bangsamoro Perspective’, and Non-Resident Research Fellow at the Ateneo School of Government.