The Impact of Climate Change on the Australian Federation 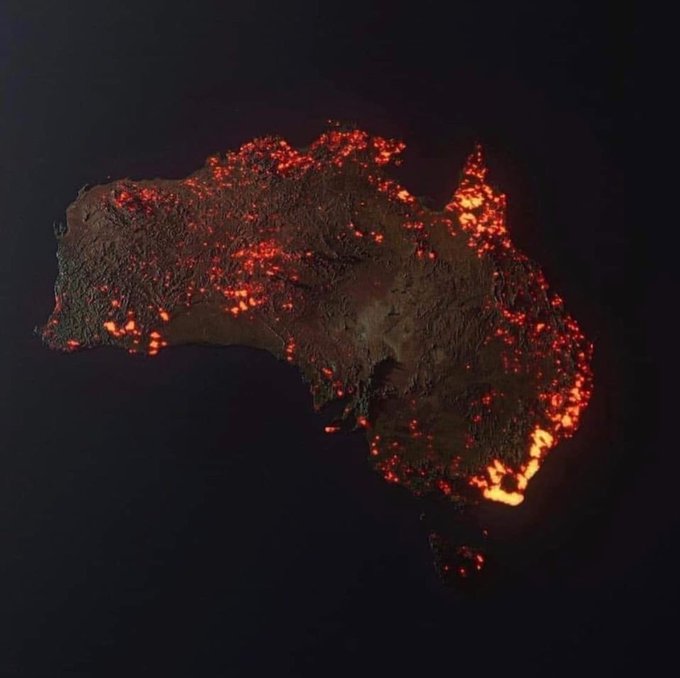 Federalism has the potential to enhance democracy and to slow down democratic backsliding. Here, Professor Cheryl Saunders explores the dynamics of federalism in the particular context of climate change, showing the role that effective intergovernmental relations can play and how bottom up initiatives can assist in building nationwide consensus on solutions to climate change.

The fires that swept Australia in the summer of 2019- 2020 offer insights into the implications of climate change for federal forms of government and how federations can respond, through effective intergovernmental relations. If global warming proceeds unchecked, at some point climate change may reach a tipping point, threatening not only federal arrangements, but the ordinary processes of constitutional government. The blend of capabilities that federalism offers may assist in preventing that point being reached, as well.

Fires are a familiar phenomenon in an Australian summer. This time, however, they were hotter, fiercer, more widespread, more difficult to control and more destructive than in the past. They occurred in all Australian States and straddled the border between the heavily populated eastern States of New South Wales and Victoria. They blanketed major cities in thick smoke, which at times reached New Zealand and even South America. The fires followed an unusually long drought and unusually warm and windy conditions that had complicated reducing undergrowth earlier in the year. By the time they were brought under control, the damage was immense: more than 46 million acres were burnt, including world heritage areas; thousands of homes and other buildings were destroyed; more than a  billion animals, both wildlife and livestock, were killed; 34 people died; and the economic impact was estimated at around $3.5 billion AUD.

The governments of the Australian States and Territories were prepared for the fires in varying degrees, drawing on their experiences of previous, sometimes also disastrous, summers. On any measure of subsidiarity, including that to which the Australian federal division of powers gives effect, dealing with fires of this kind is primarily, although not solely, a State responsibility.  Anticipating fire conditions, fighting fires that arise, and protecting communities as far as possible requires a sound grasp of often distinctive local conditions. Only the States and Territories can respond holistically to post-fire recovery: repairing roads; rebuilding schools and other public buildings; managing the clean-up; providing medical and veterinary services; and supporting local economic and social recovery.

In responding to the devastating fires, the State governments took their responsibilities seriously. Regular press conferences and targeted use of social media kept the public informed about what was happening and what was being done about it. At least two of the most seriously affected States, New South Wales and Victoria, established independent inquiries well before the fire season ended, to ensure that they could learn from and build on the experience.

The Prime Minister was overseas on holiday as the magnitude of the fires became apparent, prompting a storm of criticism, causing him to return. His initial defence that fires were a matter for the States went unheeded. The problem was political rather than functional; apparently a judgement that it was inappropriate for him to be out of the country at such a time, rather than an expectation that the Commonwealth could or should take over. An argument by the federal Opposition that the Prime Minister should convene an early meeting of the Council of Australian Governments (COAG) was rejected, including by the Premiers, fully occupied by the serious fire conditions their States faced.

As events unfolded, however, it became clear that Commonwealth action also was necessary on a range of fronts, for an effective response to the disaster. In a federation with an extreme fiscal imbalance, it was obvious from the outset that federal funding would be needed to support bushfire recovery efforts. The Commonwealth is responsible for the insurance industry; unemployment insurance is a Commonwealth function; international assistance needed Commonwealth approval; both levels of government needed to deal sympathetically with people who had lost all their papers in the fires. At the request of the Victorian government, the navy was used to evacuate large numbers of people stranded on a beach when access roads were cut by fire. The army was called in to assist with aspects of firefighting and bushfire recovery. While there were glitches, including in communication, the whole-of-Australia response was a good example of effective intergovernmental relations, in dealing with a major problem to which both levels of government needed to contribute.

Climate change, other emergencies and the federal balance of power

Even while the fires were underway, however, ideological and intergovernmental tensions were simmering and these have become more evident since. The major parties and the levels of government are divided over both the causes of the fires and the causes of climate change. Stung by the criticism of the Prime Minister’s holiday, moreover, the federal government has sought to move onto the front foot in dealing with the manifestations, if not the causes of climate change, calling for ‘power to declare a national state of emergency and call out the Defence force to deal with natural disasters’. Doubt about whether that could be done consistently with the Constitution would make intergovernmental co-operation necessary for that purpose, as well. To further the initiative, the Commonwealth has unilaterally established a National Royal Commission into Black Summer Bushfires, with terms of reference that include examination of the legal framework for emergencies.

For the moment, political and public interest in government responses to the bushfires has been overtaken by dealing with the growing challenges that the coronavirus (COVID-19) has produced. The response to the Coronavirus challenge also has been an exercise in intergovernmental relations, as State and Territory hospital and medical services support the Commonwealth in its exercise of the quarantine power. The issues raised by the bushfires have not gone away, however: they may revive when COAG meets on 13 March and they certainly will do so as the State inquiries and the Commonwealth Royal Commission carry out their investigations and report.

Nothing in Australian experience so far suggests the need for any significant shift in the federal division of responsibilities that could not be achieved through further streamlining intergovernmental relations. As matters presently stand, the proposal for a new Commonwealth emergency power should be treated cautiously. If it proceeds at all, which is by no means necessarily the case, it should be subject to effective checks and balances, including requirements for intergovernmental consent. The scale of the fires also cast new light, however, on how dire the effects of climate change could be, if it were to proceed unchecked.

Mitigating the effects of climate change is only one part of the equation; the other is to tackle the cause, including through the control of emissions. Ironically, while this clearly is an issue on which the Commonwealth should take the lead, not least in view of its international responsibilities, for the moment most of the Australian action to this end is the result of State and Territory initiatives. This reality offers other instructive insights into the dynamics of federalism, including its potential to build consensus on contested issues from the ground-up, to supplement whatever is possible from the top-down.

Cheryl Saunders is a laureate professor emeritus at Melbourne Law School, co-convener of the Constitution Transformation Network and a senior technical advisor to International IDEA.