In Hungary, parliament passes amendment allowing referendums to be held on the same day as elections 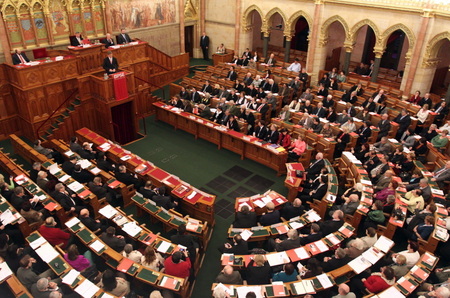 Parliament of Hungary (photo credit: Hungary News)
Parliament unanimously adopted an amendment submitted earlier by opposition Párbeszéd MP Tímea Szabó, which allows referendums to be held on the day of parliamentary elections. The opposition MP’s amendment essentially proposed that the government should remove from the law on referendum procedure those parts that prohibit the holding of a national referendum on the day of, or within 41 days before or after the election of MPs, MEPs, local government representatives, and mayors. The change will allow referendums to be held even as early as the day of the upcoming 2022 general elections.
Read the full article here: Hungary Today