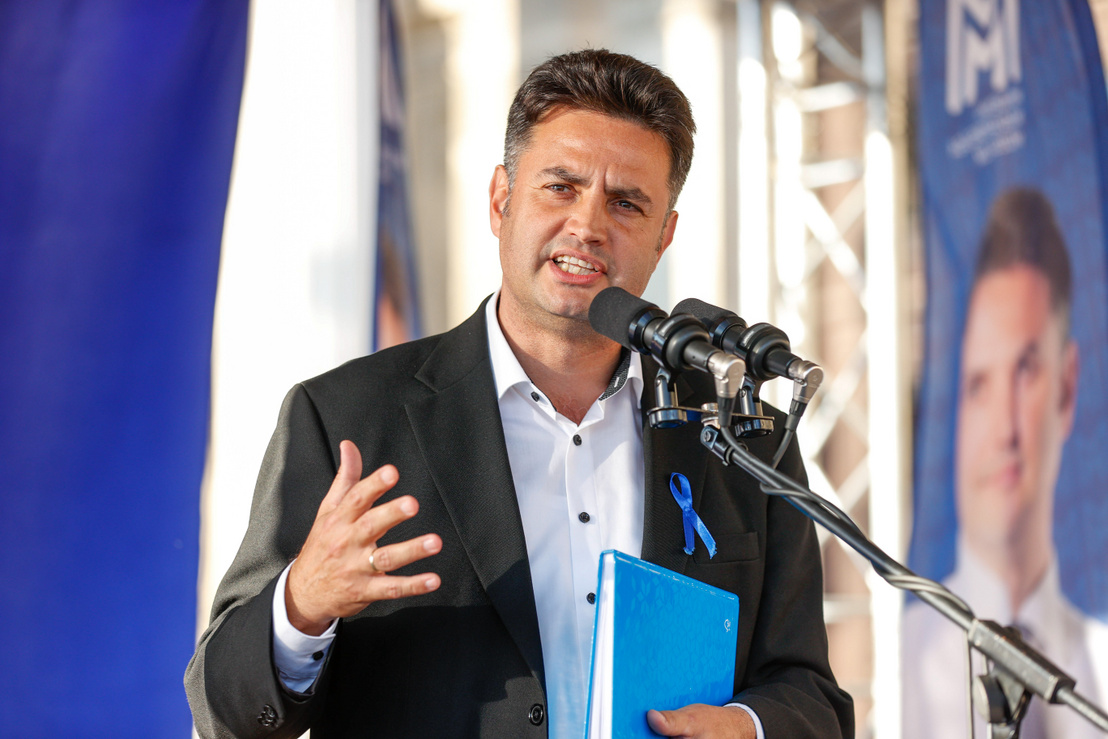 Hungary's opposition leader Péter Márki-Zay (photo credit: index.hu)
The opposition leader who hopes to topple Hungary’s autocratic ruler, Viktor Orbán, has vowed to introduce a new constitution and “restore the rule of law” if he wins next April’s elections. Péter Márki-Zay, a small-town mayor who became the surprise choice as prime ministerial candidate of six opposition parties, made the comments during a visit to Brussels, where he is meeting senior EU officials and politicians, with the message that his priorities are democracy and European integration. [...] A recent poll shows Márki-Zay has pulled four points clear of Orbán, raising the prospect of a serious electoral challenge. [...] Any narrow opposition victory could raise questions about his top priority: changing Hungary’s constitution, which requires a two-thirds majority. Márki-Zay said Orbán’s changes to the constitution were invalid, suggesting the opposition did not need to be bound by the two-thirds majority rule. “Everything that Fidesz did in the last 10 years to make his power irreplaceable, to make Orbán undefeatable is invalid,” he said. “It doesn’t have anything to do with 51% or 67%. It’s a fact that it’s unconstitutional and of course we will have to come up with a new constitution, yes, and approve it by a referendum.”
Read the full article here: The Guardian