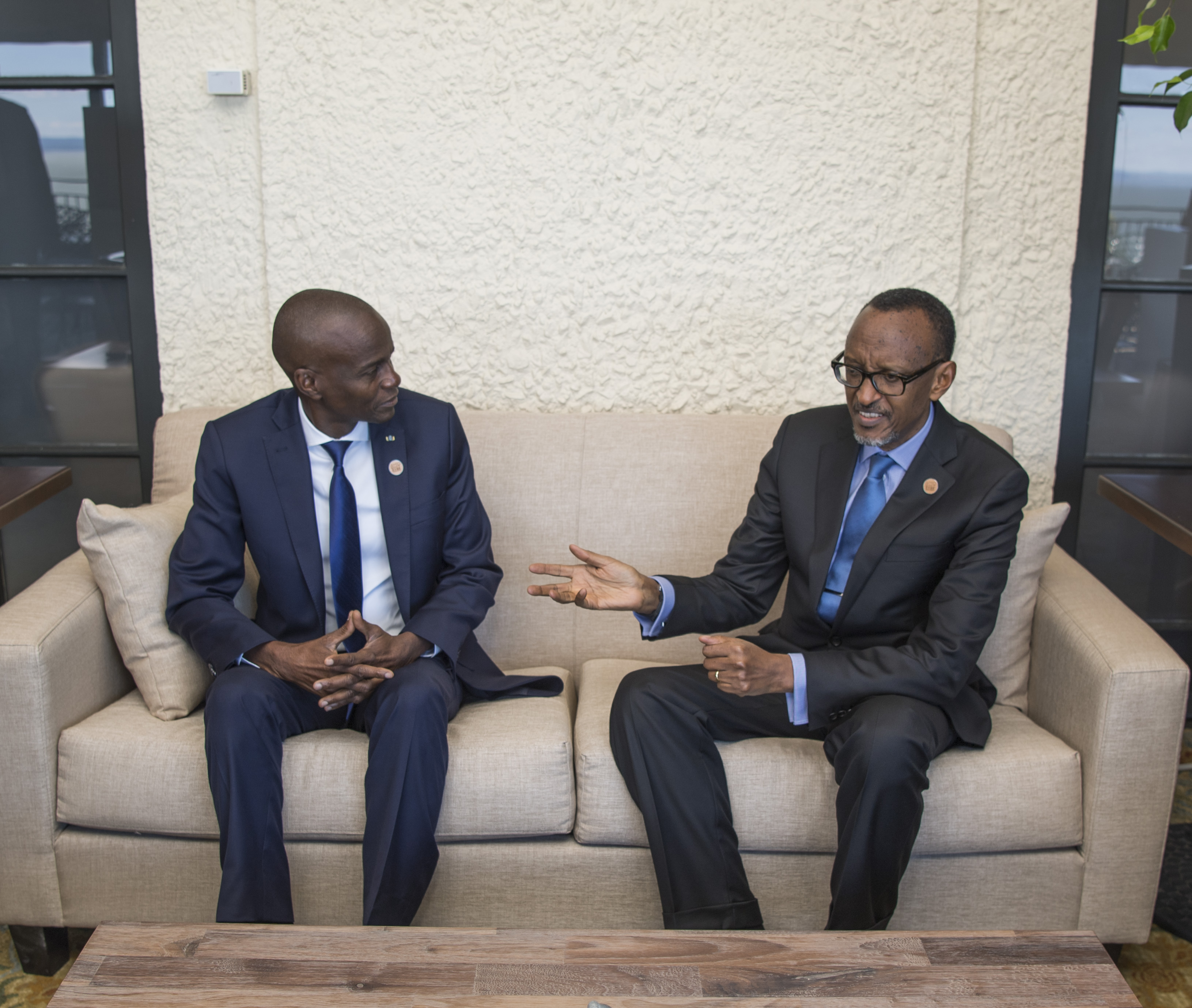 President Jovenel Moïse of Haiti (photo credit: Paul Kagame/flickr)
Haitian President Jovenel Moise has announced plans for a national debate on a new constitution for the country ahead of a referendum on the new document early next year. Moise, who last month had sworn in the members of the Independent Advisory Committee for the development of the draft of the new Constitution, said that the “draft constitution will be debated. “All citizens will have to read the text. The debates will last a month or a month and a half. After the debates, there will be a referendum on the final text between February and March 2021,” he added.
Read the full article here: Caribbean National Weekly Network