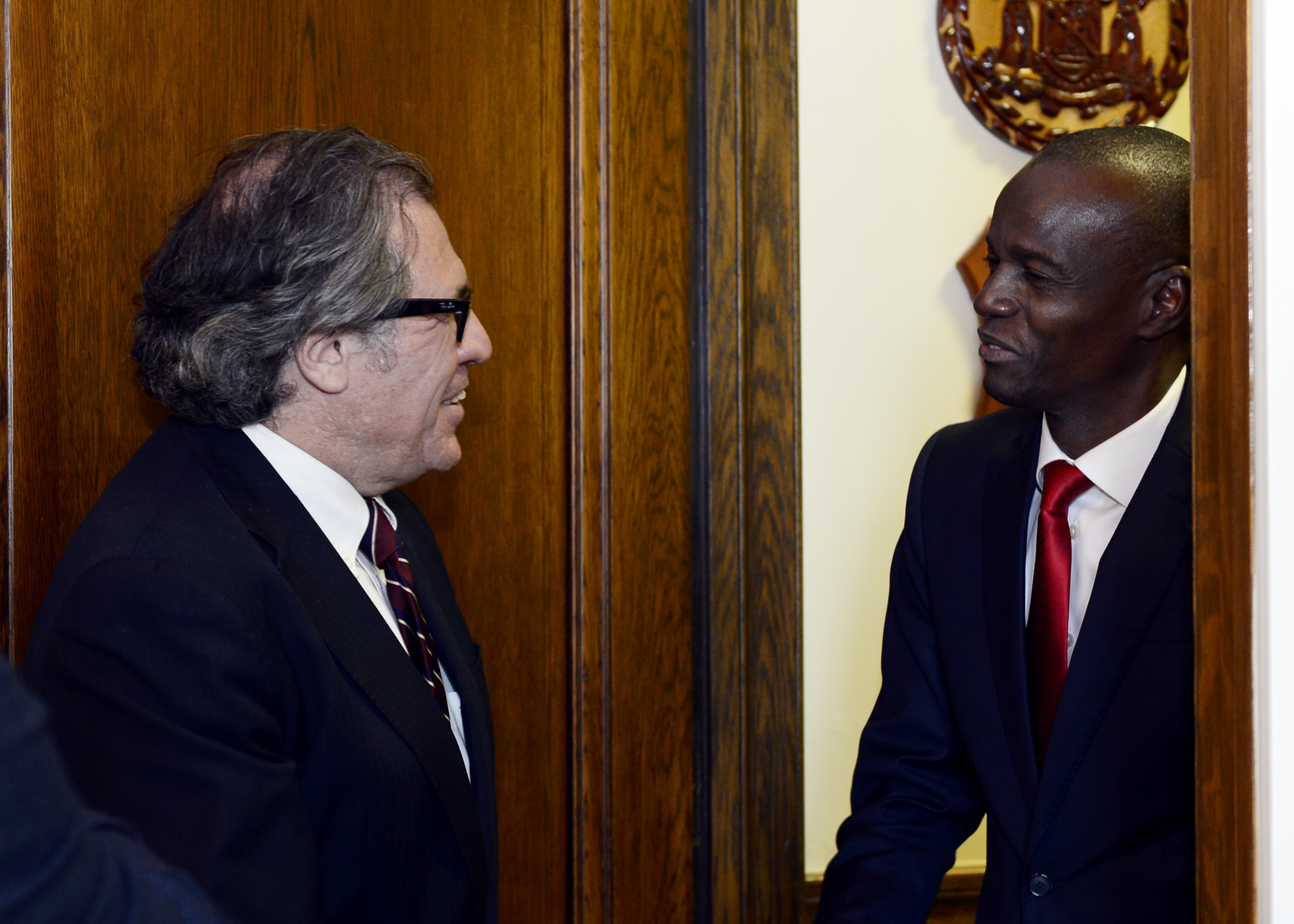 President Jovenel Moïse of Haiti (photo credit: OEA - OAS/flickr)
Haiti has unveiled multiple proposed changes to overhaul the country’s Constitution that officials plan to present to voters starting this week for an upcoming referendum that looms amid growing unrest. The public meetings are scheduled to be held across Haiti for the next three weeks, ahead of the April 25 constitutional referendum, which would be the first one held in more than 30 years. One of the biggest changes is an omission in the draft issued by an independent commission tasked with creating the constitutional changes that have generated heated debates. Haiti’s current Constitution bars presidents from serving two consecutive terms, but the draft only states that a president cannot serve for more than two terms; it says nothing about whether they can be served consecutively.
Read the full article here: WTMJ