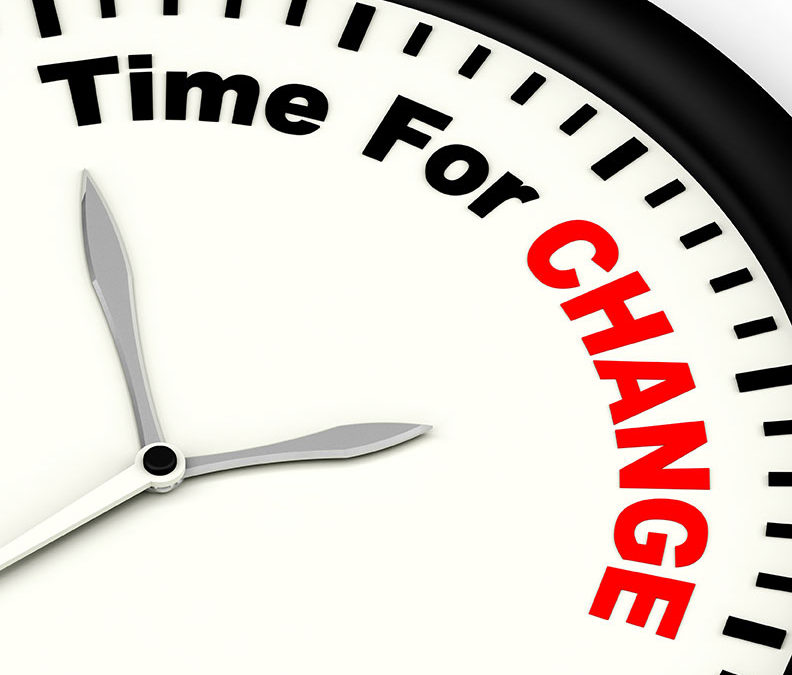 On their face, the proposed reforms to Grenada’s independence Constitution, which are set out in seven separate Constitution (Amendment) Bills and are the subject of a referendum to be held on 24 November 2016, are politically progressive in so far as they seek to curtail the powers of the Prime Minister, enhance the integrity of the electoral process, guarantee gender equality and vest ultimate  legal sovereignty in a regional appellate court, the Caribbean Court of Justice (CCJ),  which will replace the Judicial committee of the Privy Council (JCPC). However, even if the reforms attain the support of the requisite two-thirds majority of voters in the forthcoming referendum, they will still leave intact some of the more egregious vestiges of colonial rule, namely the Crown as head of state, a wholly nominated second chamber, and the death penalty.

With the exception of Trinidad and Tobago, which in 1976 replaced the Queen as head of state with a ceremonial President, and Guyana, which in 1980 abandoned the Westminster model of government in favour of socialist republicanism, such reforms as have taken place in the post-independent Commonwealth Caribbean have tended to be at the margins of the constitutional text. The proposed reforms to Grenada’s independence Constitution, if they succeed, will, therefore, represent the most extensive set of constitutional reforms that the region has witnessed in over three decades and in a country that has had a particularly troubled post-independence history.

Thus, in the decade that followed independence in 1973, Grenada initially endured six years of elective dictatorship under Eric Gairy and his ‘Mongoose Gang’ of political enforcers, who were likened at the time to the Tonton Macoutes in Haiti. This was followed by four years of ‘revolutionary socialism’ when Maurice Bishop and the New Jewel Movement seized power in a military coup in 1979, whilst Gairy was away from the island, and established a provisional revolutionary government, the People's Revolutionary Government (PRG). The Constitution was suspended and the PRG ruled by decree. Grenada’s experiment with revolutionary socialism was, however, short-lived. In 1983, Bishop and several of his fellow ministers in the PRG were executed by members of the People’s Revolutionary Army and a new Revolutionary Military Council (RMC) succeeded to power. Six days later, the island was invaded by US troops, the RMC was displaced and parliamentary democracy was restored.

Since this initial decade of turmoil, Grenada has enjoyed relative political stability, but it has also been subject to periodic constitutional crises as when in 1989 the Prime Minister, Herbert Blaize, acted to pre-empt the possibility of defeat on a vote of no-confidence by instructing the Governor General to prorogue Parliament. This enabled a minority party to remain in control of government until Blaize deemed fit to advise the Governor General to dissolve Parliament and fix a date for a general election. History was repeated in 2012 when the incumbent Prime Minister, Tilman Thomas, faced with defeat on a vote of no-confidence, instructed the Governor General to prorogue Parliament some 10 months before a general election was due to be held. Grenada has also witnessed two occasions, in 1999 and in 2013, when the governing party has won all the seats in parliament and has thus been able to rule as if the country were a one-party state.

The seven Constitution (Amendment Bills), which will each be voted on separately in the forthcoming referendum, are the end product of three decades of constitutional review, which began with the appointment of the first Constitutional Review Commission (CRC) in 1985, under the chairmanship of Sir Fred Phillips, which made a number of recommendations for constitutional reform, including the creation an Electoral College to choose a President, that were never implemented. A second CRC was appointed in 2002 by Prime Minister Keith Mitchell, leader of the New National Party (NNP), which in 2006 published a number of recommendations for reform, including replacing the Crown as head of state with a ceremonial President, imposing a two-term time limit for the Prime Minister, and fixing the election date. Once again, however, these recommendations were not acted upon. The third and most recent CRC was convened in 2014 by Prime Minister Keith Mitchell upon his return to office following the 2013 elections, under the chairmanship of Dr Francis Alexis, a distinguished constitutional scholar and former Attorney General of Grenada. The CRC, which included a wide variety of civil society organisations and which received funding from the United Nations Development Project, held a number of public consultations across the island and embarked upon a series of public education sessions which were delivered by a variety of NGOs, in the two months leading up to the referendum.

In holding a referendum on each of the proposed Constitution (Amendment) Bills, the Government is proceeding on the presumption that each of the proposed amendments, with the exception of the replacement of the JCPC with the CCJ as the country’s final appellate court, requires the support of a two-thirds majority of voters in a referendum in accordance with section 39(5) of the Constitution. The proposal to replace the JCPC with the CCJ does not fall within the ambit of section 39(5), but the Government is presuming that in view of the similarities between the Constitution of Jamaica and the Constitution of Grenada, it is bound by the decision of the JCPC in Independent Jamaica Council for Human Rights (1998) Ltd v Marshall-Burnett [2005] UKPC 3 which held that Jamaica could only substitute the CCJ for the JCPC if the procedure for amending the entrenched provisions of the Jamaican Constitution was followed. Hence, it has included the Bill to replace the JCPC amongst the package of Bills to be voted on in the referendum.

The following sections address the significance of each of the Constitution (Amendment) Bills, with the exception of the Bill to change the name of the State from Grenada to ‘Grenada, Carriacou and Petite Martinique’, the purpose of which is, hopefully, self-explanatory.

Term of Office of Prime Minister

Under the Westminster model, which Britain’s colonies in the Caribbean inherited upon independence, there are no term limits for Prime Ministers. Instead, it is left to the political process to determine how many terms a Prime Minister may serve. Term limits are more common for Presidents and within the Commonwealth Caribbean it is notable that the three republics - Trinidad and Tobago, Guyana and Dominica – each restrict their Presidents to two five-year terms.  Perhaps it is because Commonwealth Caribbean Prime Ministers have often been accused of behaving more like Presidents, rather than ‘firsts among equals’ as convention dictates, that there have been calls in several countries to restrict the number of terms of office that a Prime Minister can serve.  To date, however, only one country, Trinidad and Tobago, has actually introduced legislation imposing a two-term limit on its Prime Minister, though the Government of St Kitts and Nevis has announced that it proposes to introduce identical legislation by the end of this year.

It is interesting to reflect on how the course of Caribbean history over the last half century might have been changed by the inclusion of such a provision in the region’s independence constitutions. There are at least three examples of heads of government in the region who have enjoyed what could be regarded, from a democratic perspective, as democratically unhealthy lengths of time in office: Eric Williams in Trinidad and Tobago and Forbes Burnham in Guyana, for example, were both leaders of their respective countries for over two decades, while Vere Bird in Antigua and Barbuda led his country for 19 years. In the case of the last two mentioned, it is arguable that their longevity damaged the democratic credentials of their respective countries, turning them into virtually one-party states.

The proposed amendment to Grenada’s Constitution would address this situation by prohibiting Prime Ministers from serving more than three consecutive terms, following which they would be debarred from reappointment. However, it would also mean that a political party which had won three consecutive elections would be constitutionally obliged to choose a new leader even if they were perfectly happy with their existing leader. In the neighbouring island of St Vincent and the Grenadines, for example, the Prime Minister, Ralph Gonsalves, who is currently enjoying his fourth term of office, would have been automatically debarred from being appointed Prime Minister at the last election, notwithstanding his popularity amongst his party or the electorate. In Grenada itself, the current Prime Minister, Keith Mitchell, would have been debarred from appointment, having already served three consecutive terms in office before losing the 2008 elections.

Appointment of Leader of the Opposition

The ‘first past the post’ electoral system, which is the electoral system of choice across the region, with the exception of Guyana which has a system of proportional representation, is supposed to produce a legislature composed of at least two parties. However, in the Commonwealth Caribbean, there have been a number of occasions where one party has won all the seats in parliament in an election: Trinidad and Tobago in 1971, Jamaica in 1983, and St Vincent and the Grenadines in 1989 and 1994. As noted above, there have also been two occasions in Grenada where the governing party has won all the seats in parliament with the result that there was no official Leader of the Opposition. The absence of a Leader of the Opposition is clearly undesirable from a democratic perspective because it means there is no official Opposition in parliament to hold the government to account or to provide alternatives to government policy. As the Deputy Prime Minister of Grenada, Elvin Nimrod, so colourfully described it: ‘I lost the steam and the enthusiasm in parliament when I look around and I don’t see an opposition that I can really pepper. It’s like you boxing but you alone boxing’. The absence of a Leader of the Opposition also presents the head of state with a constitutional headache when exercising those functions which the Constitution stipulates can only be exercised after the head of state has consulted the Leader of the Opposition, such as the appointment of senators and other public officials.

Part II of this contribution addresses the remaining reforms that seek to establish a fixed date for elections, create an Elections and Boundaries Commission, substitute the JCPC with the CCJ, enhance the protection of rights, and the pragmatic decision to leave out some reforms which were adjudged to be too controversial, such as the maintenance of the Monarchy.

Derek O’ Brien is a Reader in Public Law at Oxford Brookes University. He has published numerous journal articles on Caribbean constitutional law, and recently completed a monograph on the Constitutional Law Systems of the Commonwealth Caribbean for Hart Publishing. He is currently working as a co-editor, with Richard Albert and Se-shauna Wheatle, on The Oxford Handbook of Caribbean Constitutions, which is due to be published in 2018.