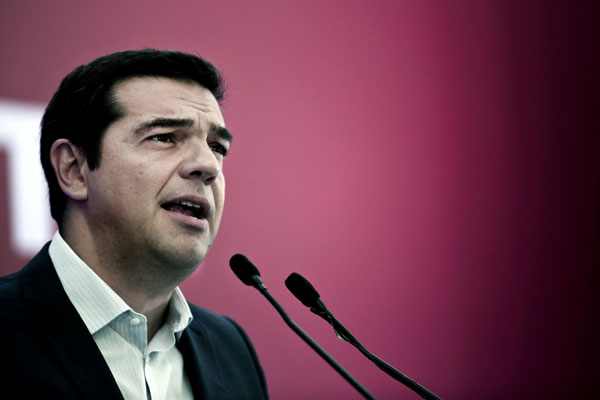 Greece Prime Minister Alexis Tsipras (photo credit: Business Recorder)
<p>Greek Prime Minister Alexis Tsipras on Monday said the constitution should be revised to give Greeks "direct democracy", a say in electing the president and holding referendums on laws.</p><p>"It is time to set aside fear of the people's judgment... even if the people are not infallible," Tsipras said in a televised speech.&nbsp;<span style="line-height: 20.4px;">The people should be allowed to elect the nation's president -- who is currently chosen by parliament -- if efforts by lawmakers fail, as they did last year.&nbsp;</span><span style="line-height: 20.4px;">The people should also be able to reject laws by referendum -- except those on fiscal matters -- and propose their own legal initiatives, Tsipras said.</span></p>
Read the full article here: AFP/Business Recorder