Greed, Brutality, and an Unraveling Coup in Yemen 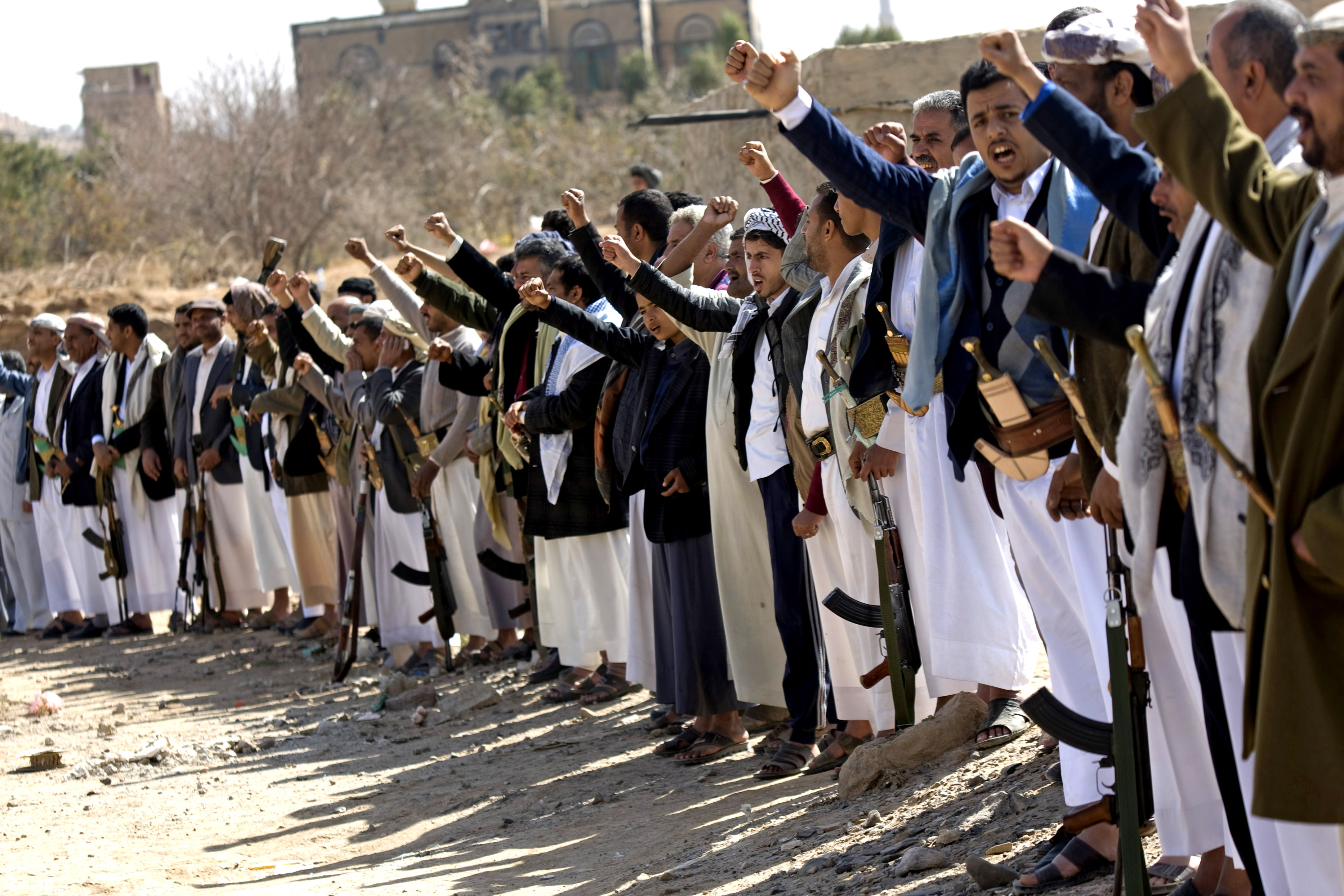 Houthi Shiite Yemeni chant slogans during clashes near the presidential palace in Sanaa, Yemen, 19 January 2015 (photo credit: AP)
<p>&nbsp;</p><p>A nervous tension descended over the meeting room in the main presidential palace in Sanaa, Yemen's capital, one Sunday last September.&nbsp;<span style="line-height: 20.4000015258789px;">At first, the&nbsp;local press pack was energized by news of a peace deal between a Shia rebel&nbsp;group known as the Houthis and the Yemeni&nbsp;government after several days of heavy fighting in the capital. Reporters&nbsp;rushed to their feet, cameras at the ready each time a new face entered the room. Their excitement peaked when, after a five-hour wait, the Houthi delegation arrived through a set of double doors.</span></p><p>But they had not come to sign the deal. They were simply lost.</p>
Read the full article here: Vice News

Primary documents
Yemen: The Revolutionary Committee issues a Constitutional Declaration to organize the foundations of governance during the transitional period, adopted on 6 February 2015
Yemen: The Constitution as amended on 20 February 2001
Yemen: The Constitution as amended on 29 September 1994
View more
Analysis
Yemen’s ‘Peaceful’ Transition from Autocracy: Could it have succeeded?
Yemen’s Independent Youth and Their Role in the National Dialogue Conference - Triggering a Change in Political Culture, Stiftung Wissenschaft und Politik - 2013
View more
ResourcesVoices from the field Interviews
Resources Voices from the field About ConstitutionNet