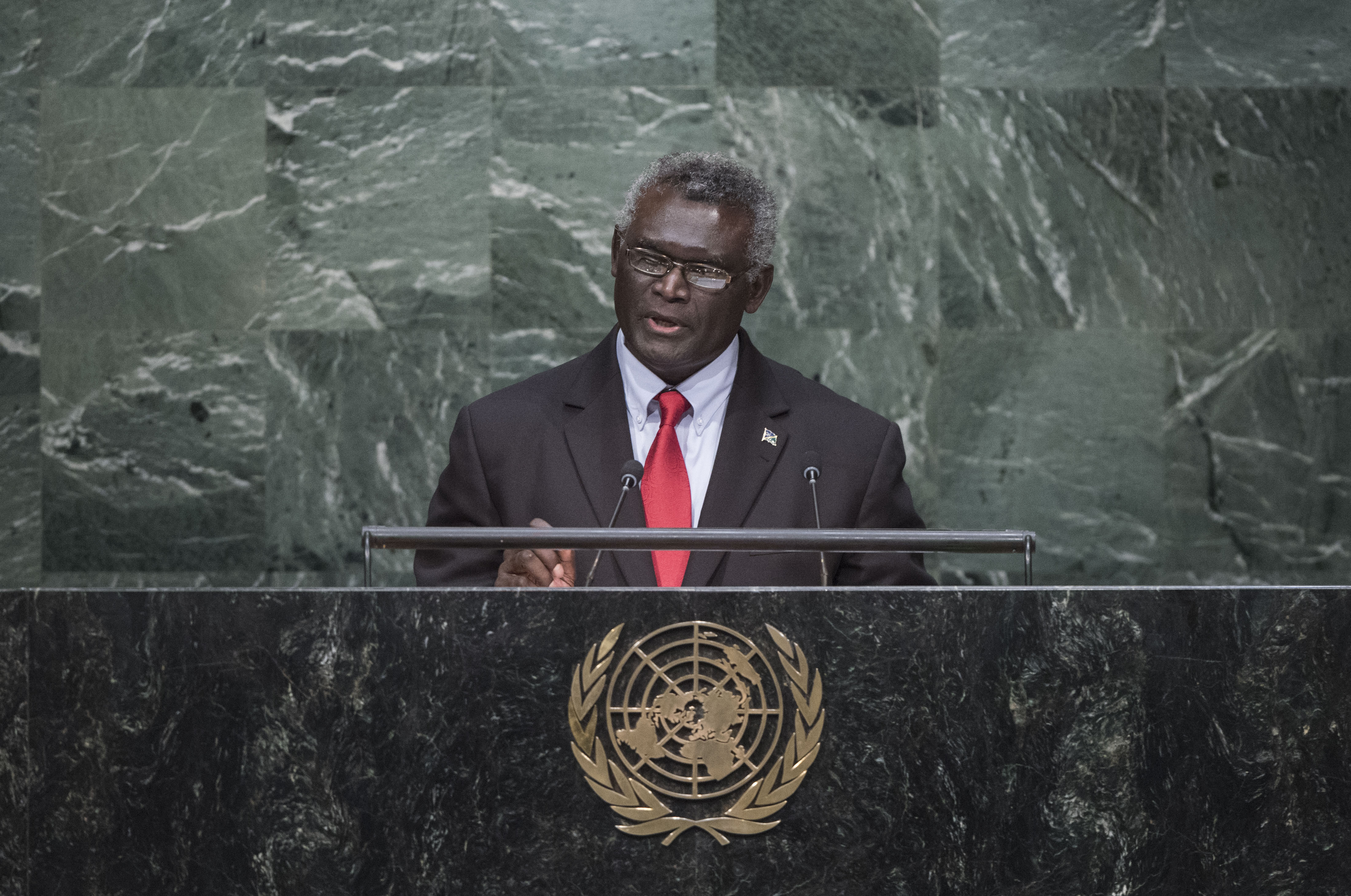 Prime Minister Manasseh Sogavare of the Solomon Islands (photo credit: United Nations Photo/flickr)
Prime Minister Manasseh Sogavare says the government is proposing an amendment to the constitution. Speaking in parliament to conclude Sine Die, Sogavare says the amendment to the country’s constitution is to protect the ownership of the country’s resources. “These will include a temporary restriction on the sale of land to foreigners by individuals, protection of indigenous peoples ownership over their traditional lands, relook at the customary land tenure system, introduction of the customary lands trust board, enacting provisions for free, prior and informed consent (FPIC) by ratifying and implementing the United Nations Declarations on the Rights of Indigenous People [UNDRIP (2007)]”, Sogavare says.
Read the full article here: