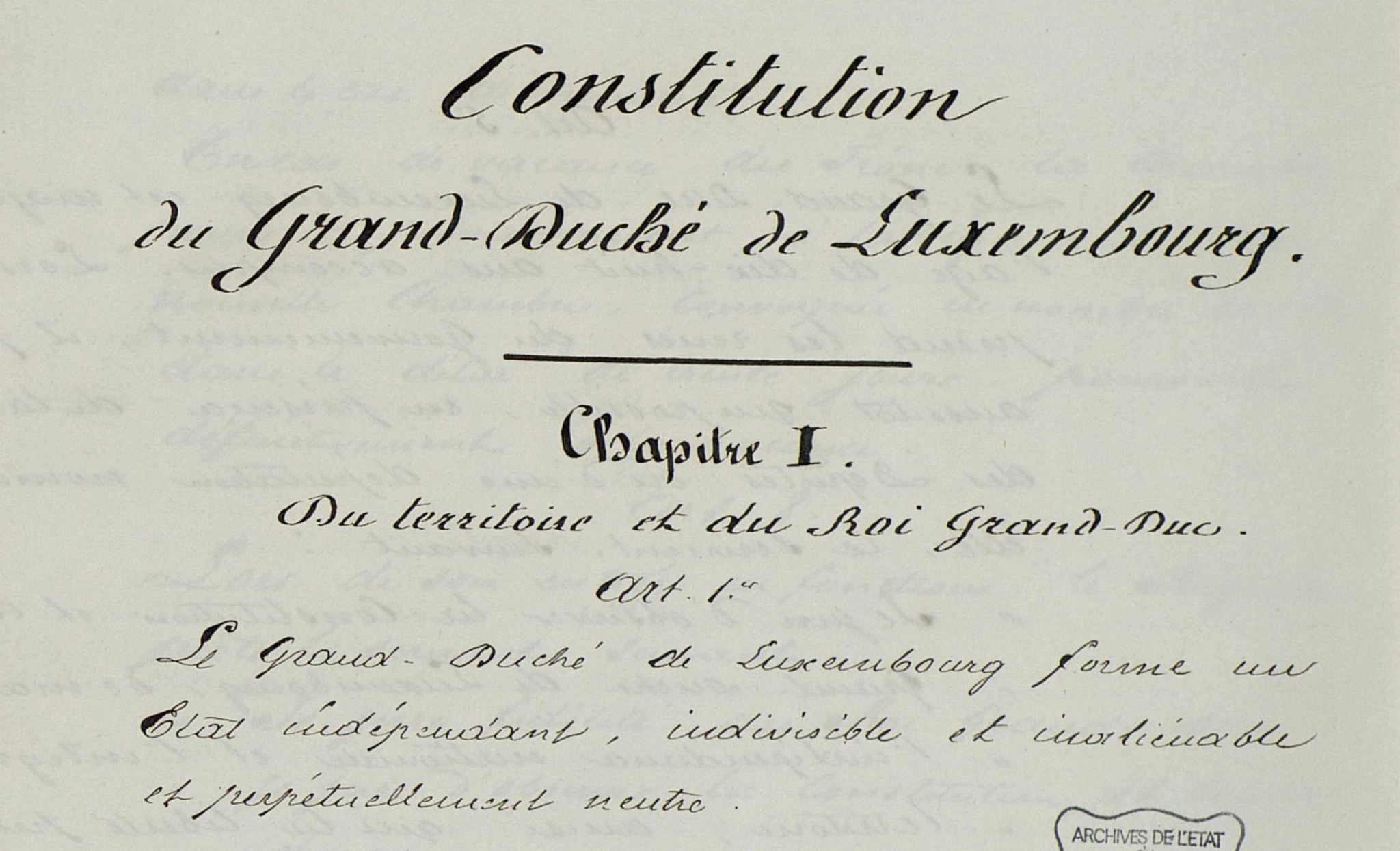 The Luxembourg 1868 Constitution (photo credit: Wikimedia Commons / Luxembourg Government)
Reform redefines constitutional role of Grand Duke, foresees reform of justice, rights of children, animals, more direct democracy. In the government's coalition agreement, it is stated that the constitutional reform has a broad political consensus and it should therefore only be a matter of time before it is put to the necessary votes. "This proposal will provide Luxembourg with a modern Constitution reflecting the political and institutional reality of the country and with strong guarantees on the rights and freedoms of citizens", the agreement promises.
Read the full article here: Luxembourg Times