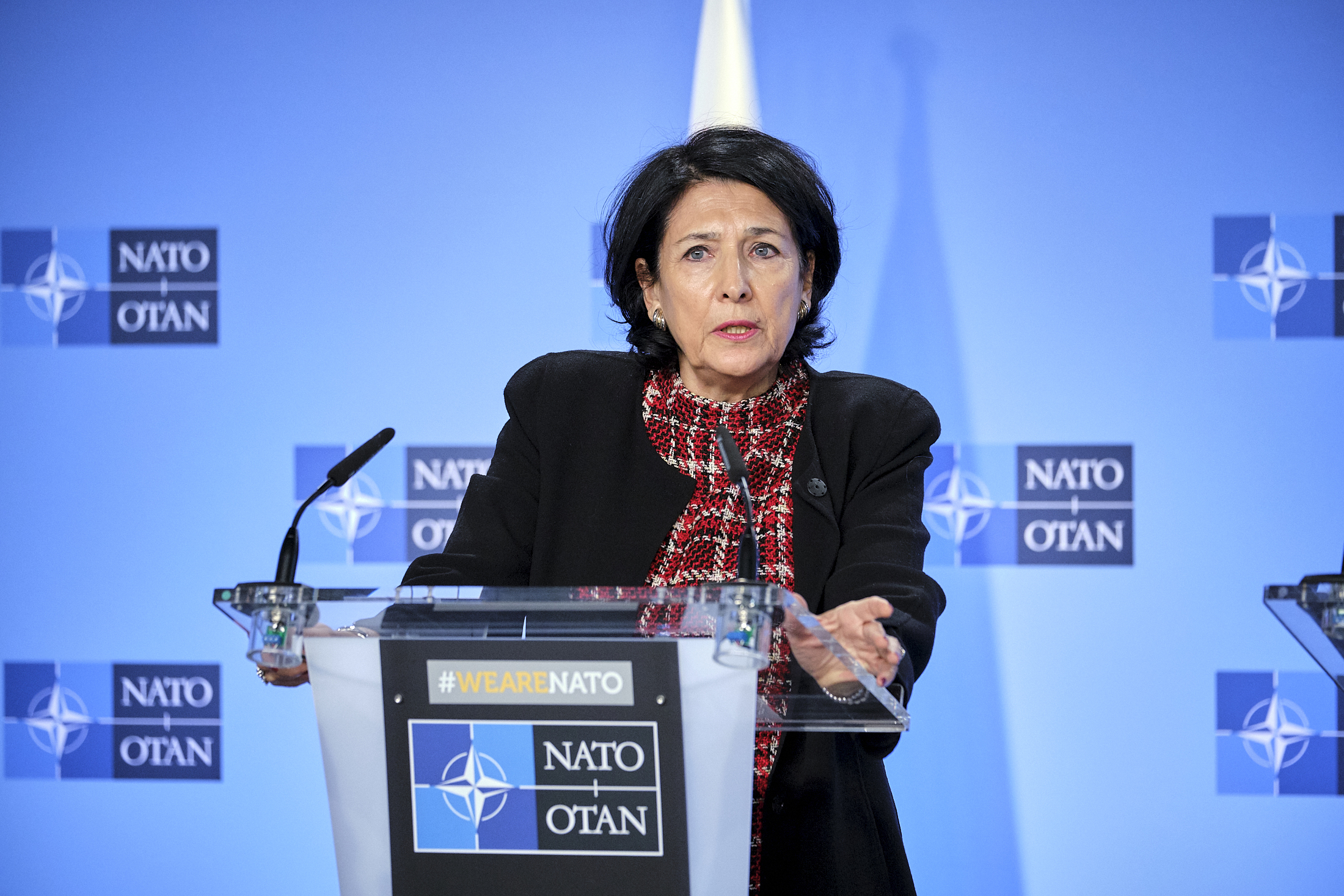 President Salome Zourabichvili of Georgia (photo credit: NATO North Atlantic Treaty Organization/flickr)
Georgian President Salome Zourabichvili said on Monday she had signed the legislation on introducing constitutional amendments that will see the upcoming parliamentary election held under new rules. Earlier in the day, the Georgian parliament adopted a bill on constitutional amendments to change the ratio of lawmakers electable via a proportional system and a majoritarian vote from 77-73, respectively, to 120-30.
Read the full article here: Urdu Point