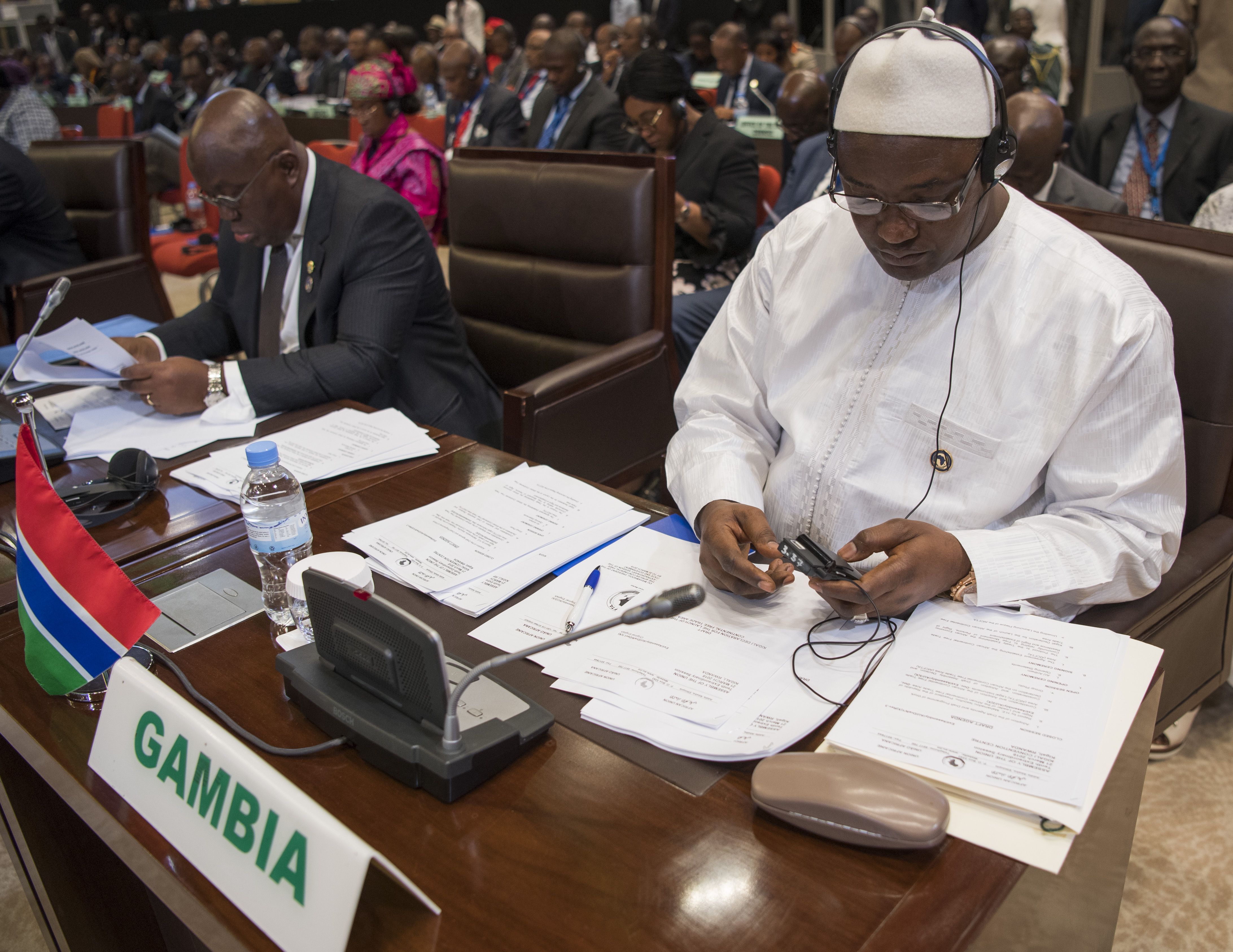 President Adama Barrow of the Gambia (photo credit: Paul Kagame/flickr)
Dawda Kairaba Jawara, who led The Gambia to independence, ruled for more than 30 years. In 1994, Yahya Jammeh grabbed power in a coup and went on to rule for 22 years. His successor, President Adama Barrow, came to office in 2017 with a promise to bring about far-reaching political reform to the West African nation. He set up a commission to review the constitution as part of the transition to democracy. The Constitutional Review Commission in March presented Barrow with a draft constitution for the former British colony. It will be passed to the National Assembly in August.
Read the full article here: Deutsche Welle