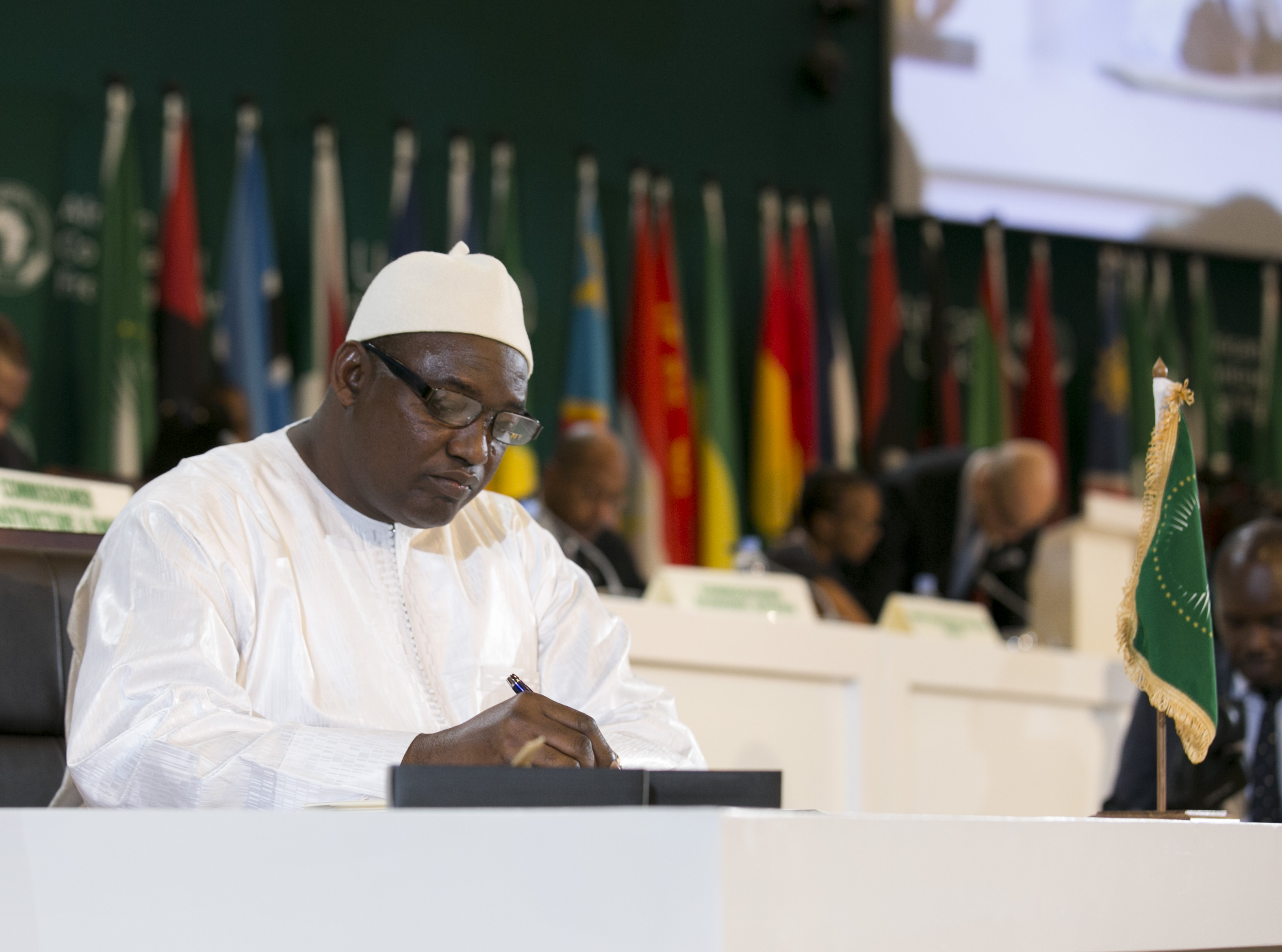 President Adama Barrow of The Gambia (photo credit: Paul Kagame/flickr)
Gambia’s lawmakers have rejected a draft constitution to replace the 1997 constitution. The document which was to help reform the country’s governance system could not secure enough votes at the national assembly. 31 National Assembly members voted in favor of the bill to be passed while 23 members rejected the new draft constitution. The draft constitution has been a product of two and a half years work with a nationwide consultation with Gambians undertaken.
Read the full article here: Africa Feeds