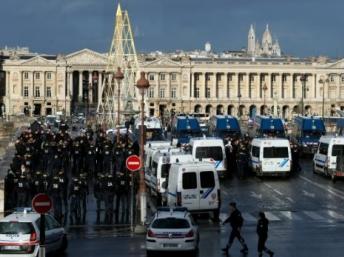 Anti-riot police stand guard on the place de la Concorde, on February 3, 2016 in Paris (photo credit: ADP)
<div class="article-header"><h2 class="article-header-intro"><p>The lower house of the French parliament voted Monday in favour of enshrining in the constitution the process of declaring a state of national emergency, one of a series of controversial amendments the government proposed after November's Paris attacks.</p>
Read the full article here: RFI English