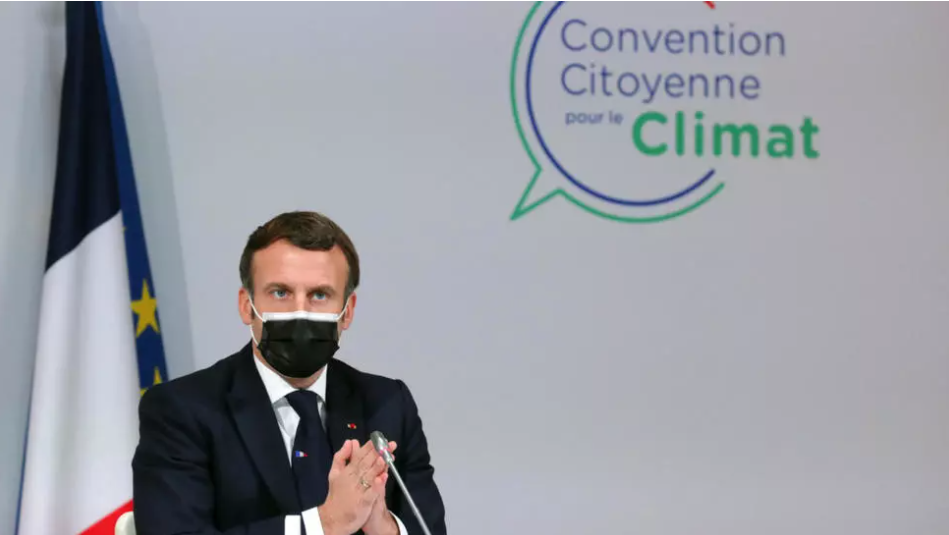 French President Emmanuel Macron at the Citizens' Convention on Climate (CCC) in December 2020 (photo credit: Thibault Camus, AFP)
President Emmanuel Macron's promise to enshrine the fight against climate change in the French constitution via a referendum appeared moribund on Tuesday after the upper house watered down the ambitious wording of a government-sponsored bill. [...] The National Assembly, where Macron has a majority, overwhelmingly voted in favour of the revision in March. But when the bill then went to the Senate, the body -- majority-ruled by the right-wing Republicans -- removed a key provision from the draft law before backing a new version in a vote late Monday. Under French law a referendum can go ahead only if it is approved in identical wording by both houses of parliament. A majority of senators took issue with the word "guarantee" in the bill, which they say implies that environmental concerns would take priority over other constitutional principles.
Read the full article here: France 24