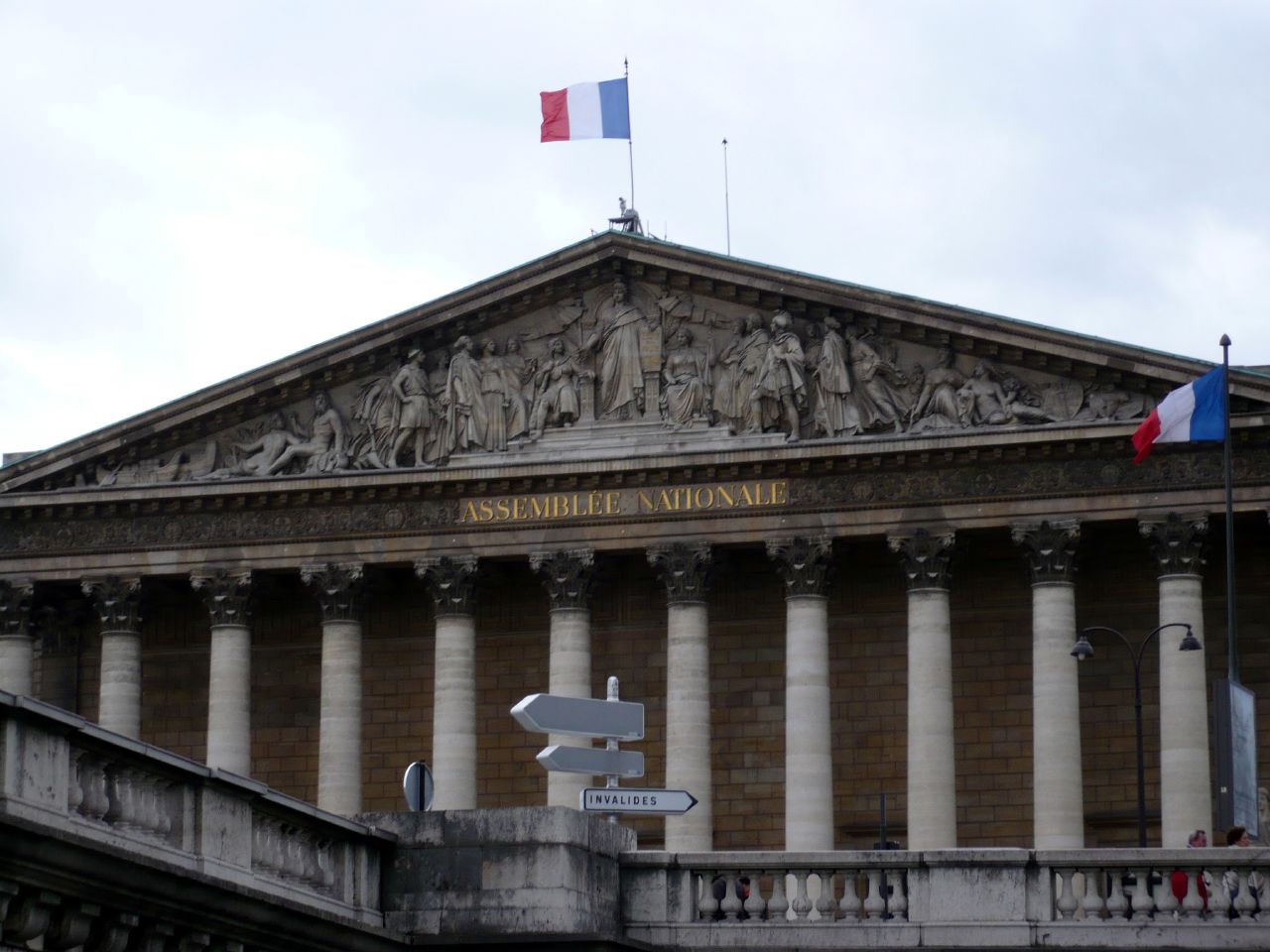 National Assembly of France (photo credit: graham chandler/flickr)
French President Emmanuel Macron’s centrist government survived two no-confidence votes [on 24 October] prompted by opposition lawmakers to protest the use of a special constitutional power to force the budget bill through the National Assembly without a vote. The leftist Nupes coalition and the far-right National Rally party had filed two separate no-confidence motions. Only a minority of legislators approved both motions, far short of the 289 votes needed — or half the seats in the lower house of France’s Parliament. The right-wing opposition party, The Republicans, did not support the move. The bill for next year’s budget is therefore considered adopted without vote and will now be debated at the Senate. French Prime Minister Elisabeth Borne justified her decision to invoke the French Constitution’s Article 49.3.
Read the full article here: France 24