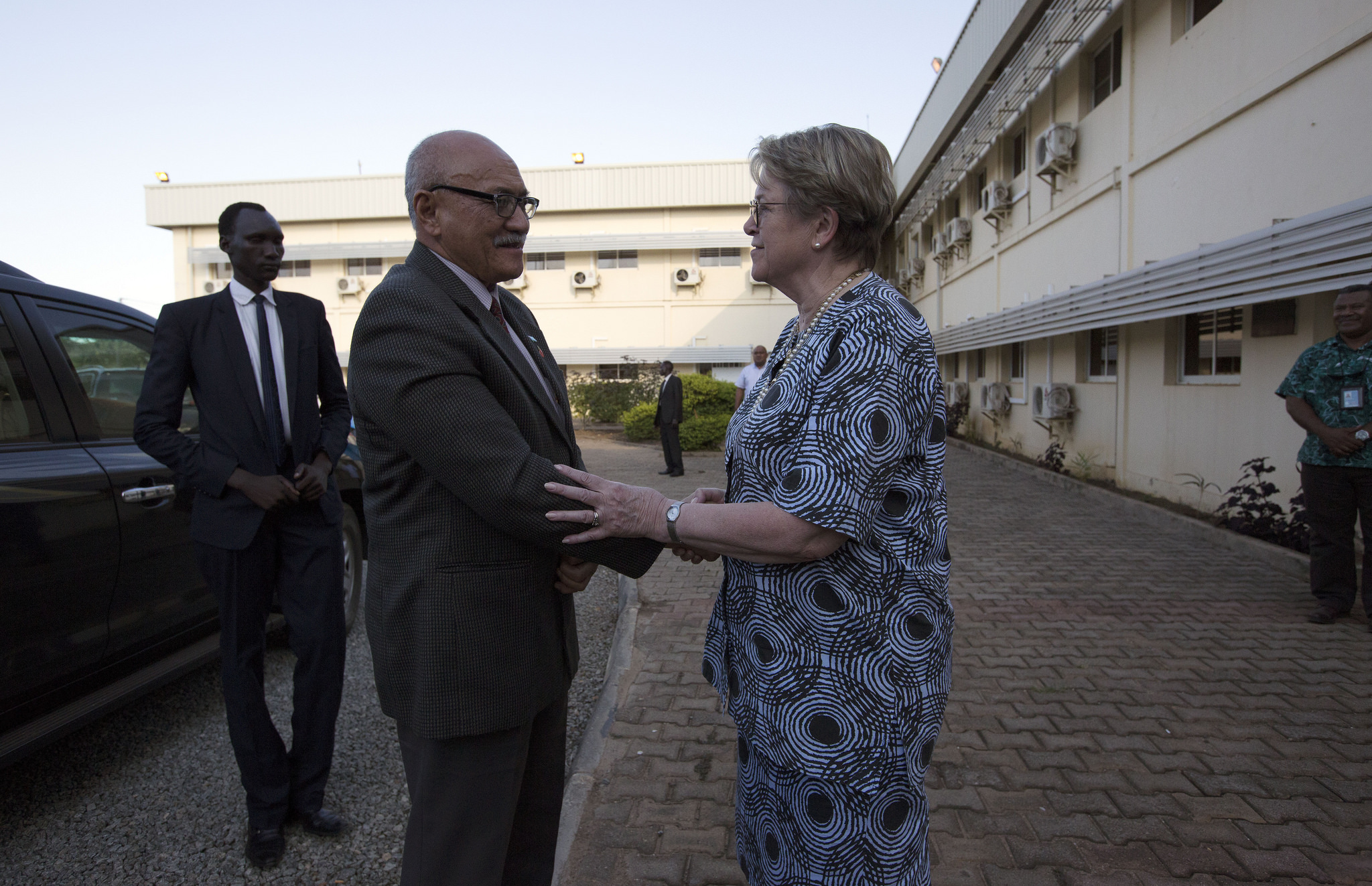 photo credit: UNMISS/flickr
Major General Jioji Konrote has been reappointed as the President of Fiji.His reappointment came after the largest opposition party in Fiji SODELPA walked out of the parliamentary chamber in protest at the special sitting called this morning. SODELPA's Semesa Karavaki had earlier raised a point of order saying the call to appoint a president was premature as Major General Konrote's term was not up until November. He called for the Speaker to get advice from the courts on interpreting the Constitution.
Read the full article here: RNZ