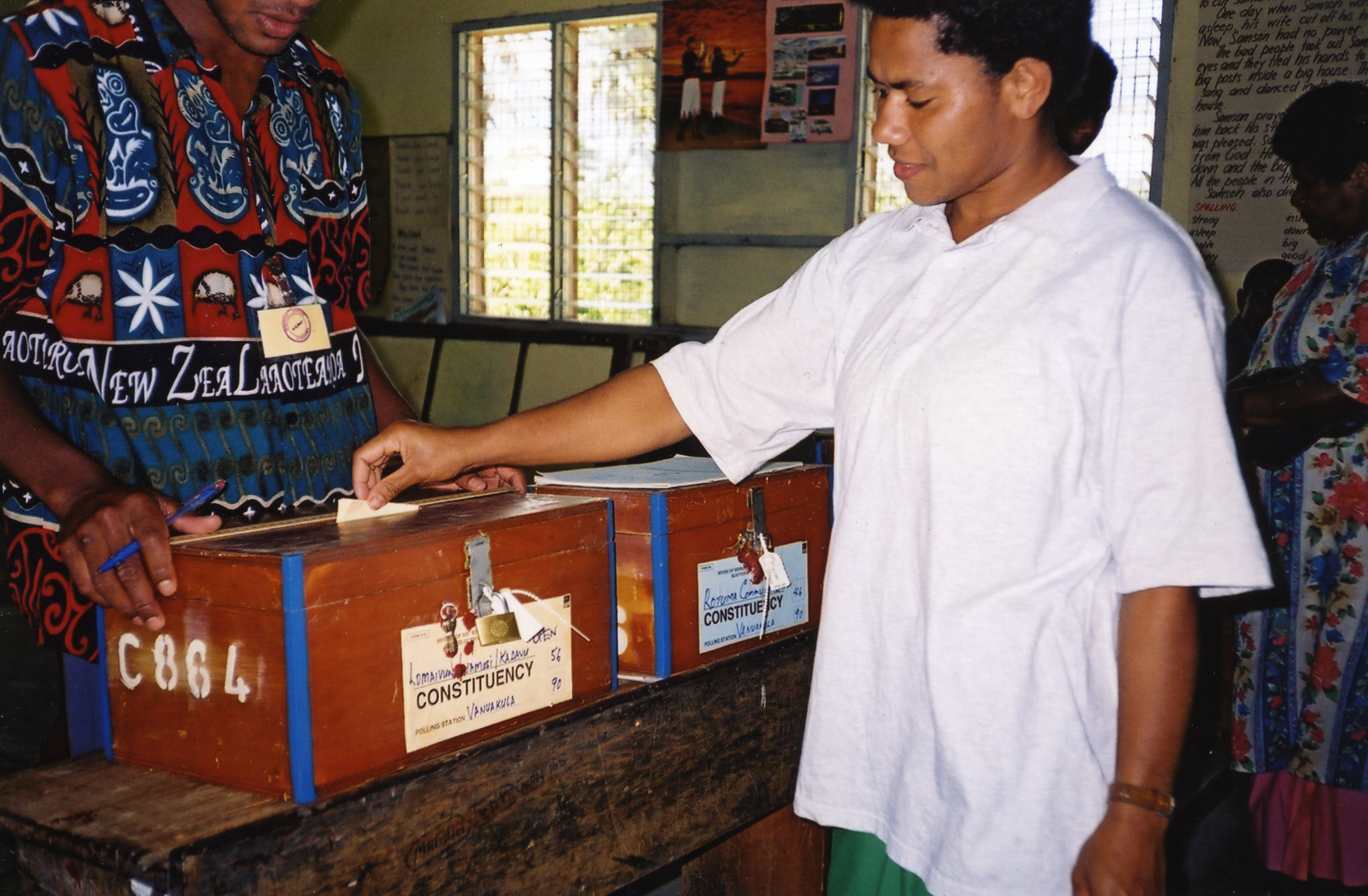 2001 General Elections in Fiji (photo credit: Commonwealth Secretariat/flickr)
The Fijian Elections Office has approved an amendment to the Electoral Amendment Bill 2020 which states that the 5% threshold for the allocation of seats in parliament should be calculated against the total number of votes cast which should include invalid votes. While making the submission to the Parliamentary Standing Committee on Justice, Law and Human Rights, the Office says the amendment is to ensure that the allocation of seats provision is consistent to that described in section 53(3) of the Fijian Constitution. The amendments to the Electoral Amendment Bill could also see the Supervisor of Elections not only administer registration but also regulate the conduct, funding and disclosures of political parties.
Read the full article here: Fiji Village