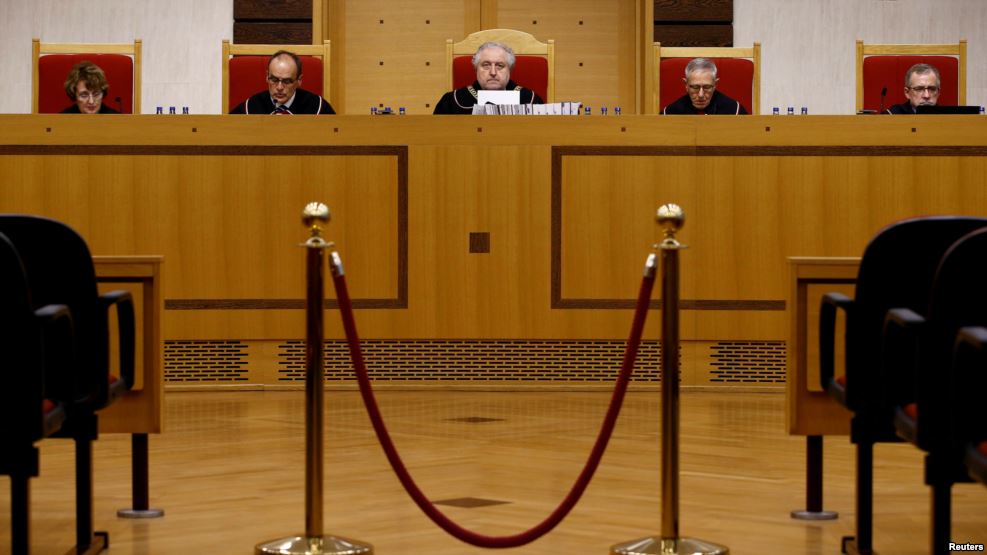 Constitutional Court of Poland (photo credit: VOA News)
<p>The European Parliament urged Poland's eurosceptic government on Wednesday to resolve the country's constitutional crisis by the end of October, saying the paralysis of its top court was endangering democracy and fundamental rights.</p><p>The resolution by the European Parliament, backed by 510 deputies against 160 with 29 abstentions, is not binding, but is a further step in a process that could end with Poland losing its voting rights in the 28-nation bloc.&nbsp;<span style="line-height: 20.4px;">It follows a formal recommendation by the European Commission on July 27 for Poland to implement within three months measures to protect the powers of the constitutional court after a series of new appointments and reforms prompted fears over the court's independence.</span></p>
Read the full article here: VOA News/Reuters