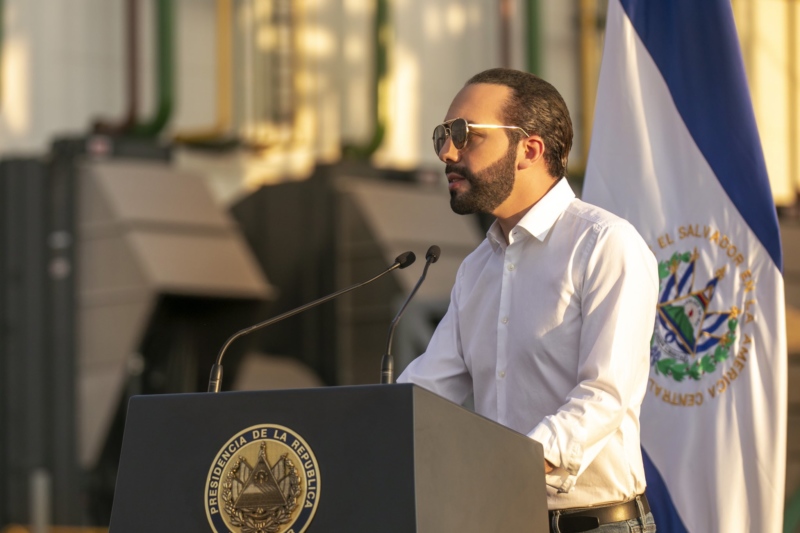 President of El Salvador, Nayib Bukele (photo credit: @nayibbukele via Twitter)
El Salvador's top court Friday said populist President Nayib Bukele would be allowed to run for a second term, despite the country's constitution prohibiting the head of state from serving two consecutive terms in office. The Supreme Court decision will allow Bukele to run for a second term in 2024 -- potentially making him the Central American nation's first president to serve more than five years in office since the 1950s. In its ruling, the court said a sitting head of state could seek re-election for a second term as long as they have not "been president during the immediately preceding period". The decision was handed down by judges appointed to El Salvador's highest court by Bukele in May after the country's parliament removed several justices critical of the government -- a move decried by critics as a "coup d'etat" and one which sparked international condemnation. The new judges then reversed a previous decision by the Constitutional Chamber of the Supreme Court that ruled the president could not serve more than one consecutive mandate. However, that ruling did allow the head of state to run again in a subsequent election.
Read the full article here: France 24